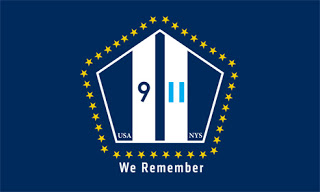 A year ago on 9/11, the Benghazi Massacre and subsequent government cover-up by the Obama Administration and presidential hopeful Hillary Clinton, gave us something else to remember. There is an ongoing fight with international terror, and that the subject of that assault on us is radical Islam — and a certain knowledge that our  current leaders will betray us at the drop of a hat.
On 9/11/2013, President Obama wants to ally the US with those same people who attacked the World Trade Center and the US Consulate, Benghazi, Libya for the purpose of prosecuting a war in Syria. Do we really want the architects of the Benghazi Massacre to be our allies? And what of the blood that was spilled on 9/11/2001? Do we really forget that easily?

What difference does it make?

Press Secretary Jay Carney keeps trying to remind us that 9/11/12 was a long time ago. That may be true in the White House, but it’s not true in my house.