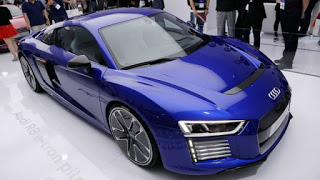 Facebook
Twitter
Pinterest
WhatsApp
1900 began a century of profound change.
My grandfather was born in 1902.
There were automobiles then. With the help of Harold Willis, Henry Ford designed, built, and successfully raced a 26-horsepower automobile in October 1901. With this success, Murphy (a lumber baron) and other stockholders in the Detroit Automobile Company formed the Henry Ford Company on November 30, 1901, with Ford as chief engineer. In 1902, Murphy pushed Ford out of the company bearing his name. With Ford gone, Murphy renamed the company the Cadillac Automobile Company.
Well within my lifetime (unless a bus rolls over me), there will be self-driving automobiles as part of the common scene on American streets. Today they’re experimental but they won’t be for long. Driving a car will then become a choice rather than a matter of necessity. Will drunk driving become a thing of the past? Likely.
Many auto makers want to manufacture these new cars without steering wheels or pedals. HERISY!
I’m not sure how I feel about self-driving cars. My grandfather may have mulled the merits of the Model T (horseless carriage) over the horse-drawn wagons and buggies. I wasn’t there at the time.
I doubt that self-driving cars will ever reach the White Wolf Mine (near Arizona’s Mogollon Rim). And I believe that my grandfather would have liked my current rig as it’s set up for moving. It’s a 2014 Raptor, so it’s technically an old truck, but he would have liked it all the same. I know that he would have approved of the Gadsen Flag license plate. 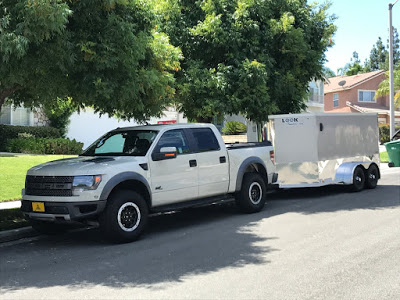 The first powered flight took place at Kittyhawk, NC on December 13, 1903.  My grandfather was one year old. He lived to work on the Apollo Capsule as an engineer for North American Aviation, later North American Rockwell. He saw men land on the Moon on July 20, 1969. He was gravely ill at the time but we watched the Giant Leap for Mankind together on our black and white television. Kittyhawk to the moon in 66 years. Nobody would have made that prediction and the most insane bookie wouldn’t have taken that bet.
The first Boeing 1 Seaplane was named Bluebill, and the second was named Mallard. They first flew on 15 June 1916. William Böing emigrated to the US in 1868 and initially worked as a laborer; his move to America was not popular with his father and he received no financial support. He later made a fortune from North Woods timber and mineral. The fortune funded his passion for engineering and flight.
Whenever I fly now, I try to snag a ride on a Boeing 787 Dreamliner because it has an incredibly comfortable and spacious first class cabin and offers a superior ride. It was 100 years from Bluebill to my first ride on a Dreamliner, where the flight attendant schedules my massage when my menu order for the in-flight meal is taken.
___
Cell phones, i-pads, notebook computers and the Internet were things that were beyond concept when my grandfather was born. Buck Rogers the comic book series was published when my father was a boy, but even Buck couldn’t envision what we have today that makes our connectivity instant and worldwide. I often get a clearer signal on a phone call from China than I do from a neighboring city. But they are an integral part of who we are and how all commerce and communication works. To say that my grandfather would have been stunned is an understatement.
When I was in school, we used slide rules. Man went to the Moon on engineers with slide rules. My wife, six years my junior had never heard of a slide rule. The first time I knew that was when we were having dinner with a friend who worked for Rand, and had been the team leader on the Lunar Ascent Module’s motor. She asked, “What’s a slide rule?” and the table went quiet. Such was the light-speed march of progress in the last century – that continues today.
___
Stretched out, the DNA from all the cells in one human body would reach Pluto. So how does each tiny cell pack a two-meter length of DNA into its nucleus, which is just one-thousandth of a millimeter across? And still, we mapped it.
___
But socially, we have been far less successful. And no success in life compensates for failure in your home. American culture, often driven by Hollywood values, and the venal, corruption inside our institutions of higher learning with moral relativity is nothing to be proud of.
What happened?
I was raised by my grandparents, so the values they imparted of chivalry, honor, charity, hard work, and honesty are the values of people born at the beginning of the prior century. My family never put down women or people of other cultures. My grandfather lived in Mexico for a part of his life and spoke fluent Spanish. You could make an argument that discrimination was a chink in our armor, and I won’t disagree, but all people didn’t make those sorts of judgments.
In that setting, pederasts were convicted, castrated, or executed. Freaks were shunned. Today the big question is whether trannies should remain in the military in positions of honor, trust and profit. I’m not suggesting that the 1900 approach was always the correct one, but perhaps we’ve over-corrected.
Then there are people like White House Communications Director Anthony Scaramucci (who apparently can do the fandango) blaggarding all of his co-workers in the press. Did President Trump sanction that sort of behavior? I can only hope not. Politics has been dirty since Cain slew Abel, and prostitution is the oldest profession.  I know all that. But the 24 hour news cycle means that everything is must-see-TV.
There are sectors (such as the Navy) when things were never that gentle. Churchill reportedly said that “rum, sodomy and the lash” were what kept the British Navy going. So I’ll grant you that.
But it’s gone too far. 75% of black children in America come into life without a father in the home.  The Pope is pro-homosexuality and transgenderism.
For all of our technological prowess and for all of our achievement, we have not built a kinder society, we have not built a compassionate (true compassion, not the compassion of political advantage that the progressives spew) society, and we have not built a good society.
___
And then there’s the murderous, nasty, crone, Hillary Clinton, darling of the corrupt, smug, elite filthy mainstream media. She’s signaling for a run in 2020 to unseat her nemesis, Donald J. Trump. At least politics is still interesting. (LOCK HER UP) MAGA