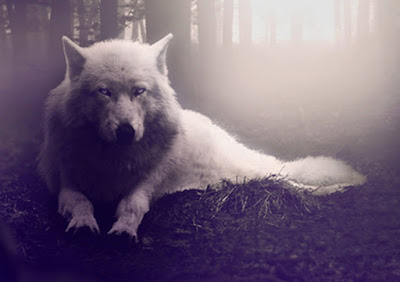 White wolves at the White Wolf Mine?

Don’t count it out too soon. The pack of wolves that the Arizona Department of Game and Fish introduced into the wild in the area have been sighted about eight miles from the hovel currently under construction.

With highs in the 60’s during Christmas week (not winter weather in the least), the construction is moving forward at an acceptable rate. More on that below. Wolves have not been harrying the tradesmen at the White Wolf Mine, but one would expect them to show enough respect  to let the men keep on with their important work. Nether have bears appeared to steal the worker’s picnic baskets. However there are elk up there almost every morning. Elk are curious beasts and they like to walk right up to the construction and inspect changes.

There are also Coues Deer (Western White Tail Deer) and Mule Deer on the property most mornings, but they’re not nearly as nervy as the elk are.

People have asked me what one can do in the area besides hunting, fishing, watching eagles, buffalo and so forth. Jack’s Canyon offers some interesting climbing experiences for those who are somewhere between climbing up onto a bar stool and climbing Everest in their skill sets. I haven’t done any technical climbing since I was in the Navy, which is weird because age wise, I just missed the age of wooden sailing ships. 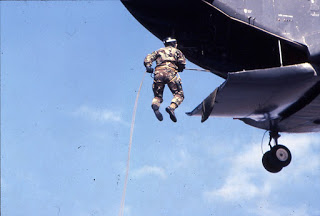 I realize that fast-roping out of a CH-43 (left) doesn’t count as “climbing” in the least, but allow an old man to reflect on the years of razzle-dazzle.

In any event, the Jack’s Canyon climbing environment offers some technical challenges that can be exploited from time to time without having to drive nearly as far as the swells who train there do.

The progress of the project is evident from photos. 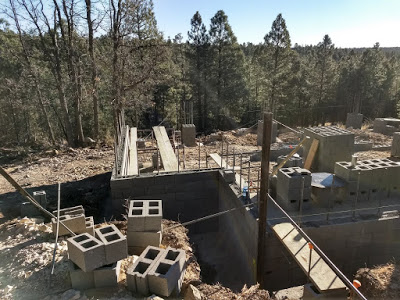 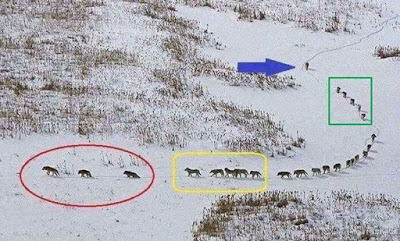