Why is Detroit Failing?

Facebook
Twitter
Pinterest
WhatsApp
Detroit, Michigan should be the Poster Child of the Progressive Movement. Maybe it is…
By any objective standards, Detroit, Michigan should be thriving. It has been the legacy home of America’s automobile industry, it’s been the recipient of untold billions in US Government aid over the past two decades. It would seem that no amount of bail-out money is enough. The city faces an annual budget shortfall of $327 million with more than $14 billion in long term debt.  This is quite a change. During the mid-20th century, Detroit was the fourth largest city in America with a population of over 1.85 million people as opposed to the 700,000 residents today.
What happened? In 1910, there were 6,000 African Americans living in Detroit. By the 1930s, that number had ballooned to 120,000. Today there are roughly 610,000 African Americans and roughly 70,000 white Americans living in Detroit. It should be the African American dream city, where people of African decent are able to show what they can do with vast Federal assistance to showcase themselves. But that’s not the way that it turned out.
Whether you call it utopian Socialism, a welfare state or pick a different term, the liberal dream in Detroit has died. Despite an ideal location for heavy industry (proximity to Canada, America’s largest trading partner, access to the Great Lakes, rail and highway hubs, etc), the city has driven away almost all of its core businesses because of inflation in labor costs brought by labor unions. Ford no longer has an auto plant in Detroit, though both Chrysler and GM do. If they go away, Detroit turns into even more of a ghost town.

(Fox News) Michigan Gov. Rick Snyder has cleared the way for a state takeover of the city of Detroit. Snyder declared a financial emergency on Friday, pushing the city closer to becoming the largest in the U.S. to have a state control its finances. Snyder says an Emergency Manager is Detroit’s best chance for navigating a fiscal emergency, Reuters reports. He has identified a top candidate to assume its management, but would not identify the top candidate to run Detroit or say whether the person was from Michigan.

Detroit will end up filing for protection under Chapter 9. It’s happened before in the US but not often. Orange County California filed for and was granted bankruptcy protection by the US Courts in 1994. But the similarities between Orange County and Detroit, Michigan end there. All Chapter 9 bankruptcies are not created equally or by the same forces.
Detroit self-destructed. Much of the city needs to be bulldozed and reclaimed. Many neighborhoods need to be completely condemned because they are unsafe by any objective standards. The city is a cesspool of crime and corruption — but the Russian Mafia thrives there financially. The attempts to turn Detroit around haven’t worked because nobody is willing to rewrite the book and return the city to a capitalist model. Socialism doesn’t work. Progressive ideals need to be shoved aside if Detroit is to be saved – and saving the city is not a forgone conclusion.
Here are a few suggestions: 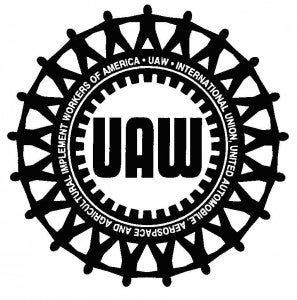 (1) Declare that Detroit is a RIGHT TO WORK city. That means that the long tradition of organized labor dictating to businesses has to end within the boundaries of the City of Detroit. That will change a great deal within the city. Some businesses may return if they think that it’s a serious move.

(2) Tax Incentives have to be offered by the State of Michigan and perhaps even the Federal Government within the Detroit Redevelopment Zone to encourage business to move to the area and to grow. Detroit can offer free land (that was condemned, blighted zones) for those businesses to set up shop.

(3) Rules changes need to be made to allow the city to condemn areas of the city that are unsafe/blighted.

(4) The police department in Detroit is known for its inefficiency and its corruption. An overhaul of the department should be made under Bankruptcy Court supervision, the labor contracts should be canceled and renegotiated and those officers who do not pass vetting standards should be dismissed from service. A nationwide recruitment for police officers to fill those spots left empty should begin immediately. An independent City Internal Affairs anti corruption unit should be established with a broad mandate and staffed by people brought in from OUTSIDE OF MICHIGAN who are “untouchable”…

The city has a history of corruption, including Mayor Kwame Kilpatrick resigning in a    2008 sex-and-perjury scandal that cost the city almost $9 million from a lawsuit and legal fees.

(5) More people in Detroit live on government largess than work. Rules changes need to be instituted within the redevelopment area to encourage those people to relocate to other areas of the State of Michigan or the nation (detailed suggestion further down the page).

Would this ever happen? Unlikely.

But then again, I think that it’s unlikely that Detroit will survive in any meaningful way.

Detroit could be great again, but in order to do that, it needs to return to the standards of free enterprise that made it successful. This requires a complete change in the way that it does business. The United Auto Workers Union and the Teamster’s Union would howl, picket, and do what thugs do. Nobody should count them out because Detroit is their home. And they are in large measure responsible for what it has become. Take a bow Jimmy Hoffa Jr.
And what of the human cockroaches that I suggest should be denied their government dole if they remain? What of the petty and not so petty criminals who my plan would displace from Detroit. They’d have to go somewhere. They would need new victims. I hear you asking me, “What about them? What about their future?”

We could charter busses and ship them to Chicago, progressive paradise and violence free zone. I’m sure that the State of Illinois would be thrilled to have them.