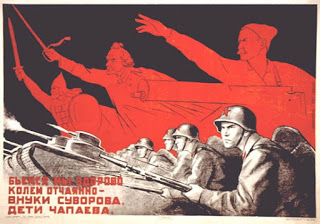 Facebook
Twitter
Pinterest
WhatsApp
I ran onto this quote by George Kennan and it echoed a discussion that I had at lunch with a friend the other day. Read it, carve it in stone, whatever. Keenan nails the Russian national character perfectly:

“The jealous and intolerant eye of the Kremlin can distinguish, in the end, only vassals and enemies, and the neighbors of Russia, if they do not wish to be one, must reconcile themselves to being the other.

No matter how big and powerful, Russia always feels threatened. Even when they are feeling weak, they bluster and bully to hide their vulnerability. In this sense, Putin’s policies and beliefs are largely consistent with Russian history and the legacy of the Russian Tzars.”

As some of you who know me understand, I am not the least bit anti-Russian. I simply feel that knowing one’s rival (or principal adversary as the USSR called the USA) allows you to predict behavior. Good or bad – you, blog readers, are the judge. However, apply Keenan’s observations when you judge.
Great Russia and the ethnic Russian people are predictable. Russians brood endlessly and it’s why they lead the world in chess masters and axe murders.
I also enjoy the tv show on FX –  The Amerikans – a show about KGB Directorate S operatives in the United States during the Late 1970’s up through the 1980’s. I find the vibe accurate, and the shows entertaining. (also on Netflix) It’s in its final season on TV now.