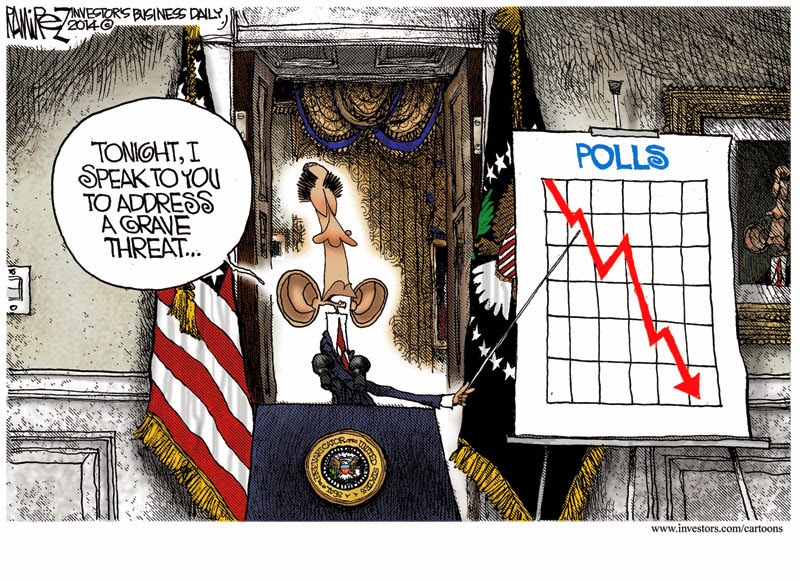 The real justification for something called, “Not War”, is the panicked concern that the Democratic Party is being slated to lose control of the US Senate, and with it, there will be bill after bill from Congress, headed to President Obama, which he will veto. No more Congressional gridlock.
House Minority Leader Nancy Pelosi warned Friday on HBO’s Real Time that “civilization as we know it would be in jeopardy” if the Republican Party recaptures control of the US Senate later this year.

I hate to rain on dame Nancy’s parade, but life outside the beltway hasn’t been a high school prom since she ascended to high office.
As a result of the threat to the Democratic Party, brave young men and women will be called on to sally forth and engage in a land war in Asia once again. At the end of the day will it be another useless endeavor – such as the Vietnam War, the Iraq War, etc. have been?
Sorry if I sound bitter, but I have seen the elephant and have counted coup on the enemy. I have also seen a lot of my friends fail to survive to old age because of it. The flower of America’s youth will always step up and take one for the team. In this case the “coach”, a weird semi-Muslim, is not worthy to empty an outhouse with a coffee cup. I really hate to see our people die in the effort to support ANYONE’s political hubris.