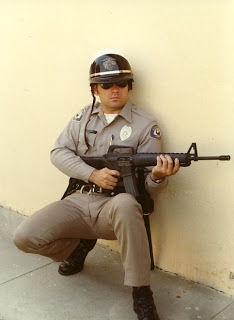 Facebook
Twitter
Pinterest
WhatsApp
I like THE POLICE.
Nominally, the Police were punk rock, but that’s only in the loosest sense of the term. The trio’s nervous, reggae-injected pop/rock was punky, but it wasn’t necessarily punk.

All three members were considerably more technically proficient than the average punk or new wave band.  Andy Summers had a precise guitar attack that created dense, interlocking waves of sounds and effects. Stewart Copeland could play polyrhythms effortlessly. And Sting, with his high, keening voice, was capable of constructing infectiously catchy pop songs.

While they weren’t punk, the Police certainly demonstrated that the punk spirit could have a future in pop music. As their career progressed, the Police grew considerably more adventurous, experimenting with jazz and various world musics.