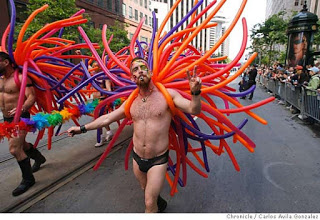 Facebook
Twitter
Pinterest
WhatsApp
Absence of Evidence is not Evidence of Absence
You can’t prove a negative, so everyone’s speculation on the existence of other intelligent life in the galaxy is equally valid. My sense is that it exists but that it is very distant. Or that it exists but choses (for whatever reason) not to reply to our “Hi, we’re here!” messages. Maybe they exist in a different dimension of space-time?
Mail:
Jules – Never underestimate the power of a lizard.

Uchuck the Tuchuck – Unless the lizard experiences a Reptile Dysfunction.

Jules’ lizard is faking hibernation to avoid confronting her wolf, Tex. I think that counts as Reptile Dysfunction…however, it may also shed light on the fate of the dinosaurs.

WSF – As a species, we arrogantly assume our little blue marble, and it’s life forms, interest extraterrestrials. Or, they observe examples like Shillary and go, “Ugh, gross”, and move on.

Yes, they could have watched Disney movies, broadcast into space many decades ago and they came to the conclusion that there was no intelligent life on Earth. This could have been reinforced if they did fly-by during the Hillary campaign. If you recall the Star Trek prophecies, we needed to develop warp speed technology before the Vulcans landed.

Jim – There are numerous theories about why nothing’s been picked up. We could be living in a part of the galaxy where everyone in other solar systems aren’t as advanced as we are and the really advanced civilizations are elsewhere, or perhaps we’re just listening to the wrong frequency. I think perhaps aliens have picked up TV broadcasts of old movies and mistaken them for documentaries. Earth has never lost an interplanetary war. They fear us.

Millerized – https://arxiv.org/ftp/arxiv/papers/1803/1803.08425.pdf First In, First Out. Great explanation.
“First in, last out” solution to theFermi Paradox: what if the first life that reaches interstellar travel capability necessarily eradicates all competition to fuel its own expansion.

So…when they arrive and give us a book called, “How to Serve Man” (Twilight Zone historical documentary), we should not rejoice?

E=MC2 means that the faster you travel, the more massive you become…

Ancient Alien theorists speculate much the same way, same philosophy. It accounts for Kim Jong Un and Hillary. They’re hiding among us.

LSP – SETI’s not been very successful but there’s a lot of UFOs. And Lambeth Palace.

Many people believe that Lambeth Palace, headquarters of the Church of England, is also the headquarters of space aliens in England in the same way that Chappequa, NY is their HQ in the USA. Their centers in Austin, Texas, Roswell, New Mexico, Groom Lake (Area 51), Nevada, Sedona, Arizona and San Francisco, California serve as embassies. I can’t dispute it, LSP. There is signifiant evidence. San Francisco and Austin are centers for anal probing, and freakish experiments. Just look at the tragic results in the parades. Clearly not quite human anymore. Many of them migrate to Burning Man in the Nevada Desert, seasonally.