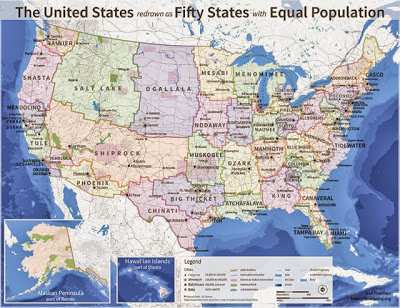 Facebook
Twitter
Pinterest
WhatsApp
I stole this from The Daily Timewaster. Since we all thieve from each other at times to fill our blogs, I’m unapologetic.

What if US States were redrawn to all have equal populations:

The States of Shiprock and Salt Lake would appeal to me. You can throw in Ogalalla and Phoenix for good measure. The rest could do for themselves. The Liberals wouldn’t care. It’s just fly over country.
I’d guess that if that was the case, the Liberals wouldn’t even want to visit, what with that whole vast region being an ‘open carry’ state with no Second Amendment restrictions. Two massive conservative states in the middle of the country would make Barack and Hillary uneasy — and Harry Reid would have to worry about relocating or finding himself an actual job. 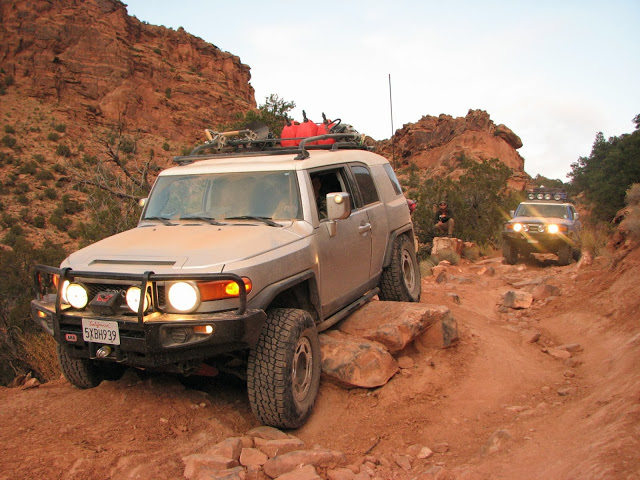 I think that the Federal Government could allow that part of the country fund its own education and not worry about issuing food stamps. Oh, sure, they’d suck up the Federal Income Tax — but I think that the people would be fine without ObamaCare and an abortion clinic on every corner. The area is oil-independent and has all of the fresh water and fertile land that it needs. There wouldn’t be all that much “interstate commerce” for the feds to regulate.
I’m sure that you’d see a “well run militia” in those new states.