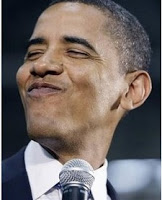 Facebook
Twitter
Pinterest
WhatsApp
As with many ‘social justice’ precedents that the Obama Administration is trying to set, there are always consequences that are unforeseen.
In an article from (IDB), the author explains how President Obama is trying to aid Hawaiian secession from the US, while preserving welfare benefits for Hawaii, already awash in government payments and “free money” to its residents.

I’m not sure that the President has the authority to do that, but as we all know, the law is set aside for the sake of expediency these days. If he was able to do that, would it be possible for, say, Texas, to return to its status as a “separate but equal” status on the American continent and receive all of the benefits of being a US State without having its residents need to pay income tax to the USA? Texas is capable of defending its borders, of providing for the common defense and of generating income independent of the USA. It would be all the sweeter if they continued to receive vast and generous payments from the other states.
Would other states follow? Likely. Wyoming could do the same, or maybe the intermountain states would form some sort of confederation? None of them are all that fond of Washington and they’re awash in oil. Southern States feel much the same as do all of the fly-over states.
Granting special status to Hawaii would be interesting but a future president could also remove all of the military facilities and personnel from Hawaii as the place descends into third world status. The welfare benefits that this president so generously hands out (other people’s money) could also end. With all of that would come the reduction of tourism over time. I realize that is not what Hawaii wants, but the cause and effect of ‘getting what you want’ doesn’t always result in a happy ending.

As to Puerto Rico – let it become it’s own independent Caribbean nation, who wants it? The Puerto Ricans always demonstrate their hatred of the US anyway. Let them manage it without American money.

Guam (near as I can tell) still wants to be a US Territory. Give them all of the money the rest of the nation has been pumping into Hawaii.

Saipan? No. Just let them go too. The Japanese can retake it. Or maybe the Chinese. Who cares?