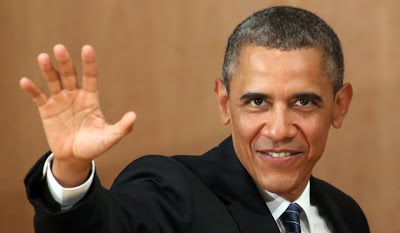 Americans were shocked by President Obama’s apparent misleading misrepresentations in Obamacare, were voters actually lied to or did they merely engage in profound self-deception?

Didn’t Obama tell us who he was from the beginning? Is he really lying, from his vantage point? He is clearly a product of a socialist/Marxist background. He has vilified capitalism from the outset. He publicly stated that he favors a single-payer health-care system. Is he not fulfilling the total transformation of America as he promised from the outset? Who is lying to whom? Is Obama a palterer who talks deceitfully or is he merely engaging in Barry-speak? After all, if he never intended ObamaCare to be concerned with health care, he has been truthful all along since his end game is the destruction of the American health care system, to be replaced by a socialist system of his, and his mentor’s design.
Given Obama’s fragmented childhood, has the boy in him who had to protect himself from a loss of his father, a distant mother, and a confused identity, merely evolved into the man who uses protective language coloration to shield himself? Studies show that by five or six years of age, children become quite adept at lying. Could it be that in Obama’s universe “not telling the truth is much more complex than just lying, because [one may ask] is there an absolute truth?” After all, this article at Salon manages to avoid the details of ObamaCare when it claims that “No, Obama didn’t lie to you about your health care plan.”
Then again, the New York Times maintains that Obama merely “misspoke.” Commenting on this linguistic waffling, readers have stated that, “There are lies, there are damned lies, and there are ‘incorrect promises.'”
What the hell is an ‘incorrect promise’?

President Barack Obama has become a species of autocrat, who believes fully in implementing (Alinsky Tactics) — that there is no lie in the advancement of his agenda is too egregious to tell.

(American Thinker) Barack Obama is a man with only one core conviction. He has, as the basic foundation of his otherwise disorganized and uncertain belief system, the irrefutable tenet that the United States, because of its European roots, has been the epitome of oppression and arrogance throughout its history. Therefore, he is able to rationalize the need to say or do anything as the transformation of American society and the end of the pre-eminent status of the United States are his sole objectives. He has, thus, adopted a pre-meditated schizophrenic personality wherein he comports himself as an apologist and appeaser on the international stage and a narcissistic autocrat at home.

Under the Obama Administration, the United States has become a running joke to much of the rest of the world. One can only surmise that their loathing is the desired result that the administration has been pushing (hard) for over the past five years. 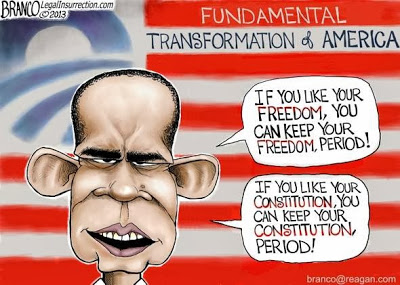