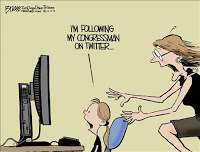 
There have been black people in Florida since the first slave ships from Africa touched ground in the New World and now if they heed the call from black lawmakers and religious leaders, they may be leaving Florida. But where will they go? Where is the new Mecca for these refugees?  What about Detroit?

(Fox News) Black lawmakers and other groups are trying to harness outrage over the George Zimmerman verdict into a national indictment against the state of Florida, seeking to organize an Arizona-style boycott against everything from tourism to orange juice.

There is available housing in Detroit, Michigan for people fleeing from Florida. In fact, it’s politically correct, liberal housing — called ‘the projects’.
Benghazi – and Lies
General Carter Ham was one of the speakers at last week’s Aspen Security Forum. You’ll remember that he commanded the US Africa Command during the Benghazi attack. He said that they knew early on (on 9/22/12) that it was a terrorist attack. It’s now abundantly clear that Secretary of State Clinton, then UN Ambassador Rice, and President Obama spent the first weeks after the attack lying to the American people about Benghazi. Since then they have been lying about lying. (h/t The Lid) But what does it matter?

Shamed and disgraced politician Anthony Weiner is apparently at it again, sending ‘sexts’ of his penis to women on-line as he runs for Mayor of New York City. Though some would disagree, I think that he’s the perfect candidate to step into Mayor Bloomberg’s shoes.
Weiner apologized for this second round of penis photo texts to ardent women in search of — whatever.
One thing is certain. If candidate Weiner ever becomes Mayor Weiner, the interns won’t be safe.


The military is pushing for the creation of “atheist chaplains”.

(Fox News) “When it comes to the idea of an atheist chaplain, which is an oxymoron — it’s self-contradictory — what you’re really doing is now saying that we’re going to replace true chaplains with non-chaplain chaplains,” said sponsor Rep. John Fleming, R-La. “It’s just total nonsense, the idea of having a chaplain who is an atheist.”

This isn’t the “old Kingdom”. This is the new, multi-ethnic UK with a LOT of Muslims and with a dual legal system. Sharia for the Muslims and Common Law for everyone else. The Royal Baby boy will be named and I want to offer a few suggestions for Kate and William: Mohammad, the most common baby name in England (yes, it’s a fact). Hassan, a runner up for favorite among the great unwashed. In an effort to send a message that queer is the new straight, the Royals could consider a less conventional name than the ever popular, Mohammad. Judy or perhaps, Barbara, would work, thereby pandering to the homosexuals/transexuals/transgender and gender-confused in the UK.
I think that Kate is relieved simply to have had a boy and not run the risk of beheading that Anne Boleyn did.

The future of the ObamaPhone?

(Breitbart) Rep. Tim Griffin (R-AR) has launched an effort to repeal the “Obamaphone” program with specific pieces of legislation. “I’ve heard from many Arkansans about one wasteful Washington program that’s riddled with instances of abuse,” Griffin said on a special part of his congressional website devoted to ending the expansion of the program and return it to its original intent under Reagan.

“It’s a government-run, taxpayer-funded program that’s running wild and costing more and more. The evidence is stacking up: dead people are receiving free cell phones in the mail, eligible and ineligible individuals are obtaining more than one, and electronic kiosks have been stationed in convenience stores to spread the word about this “free” opportunity. The truth is, though, that taxpayers are footing the bill. The program is called Lifeline, but in reality it’s turned into Uncle Sam’s Unlimited Plan. My bill returns the Lifeline program back to its original structure by ending federal subsidies for free cell phone services. This growing government cell phone program is costing American consumers and taxpayers, and my bill puts an end to it.”