With half the hours available, we’ll be pushing toward full employment as every job will require two people (each working for 50% pay and no health benefits) to do it. Yes, you can thank Obama for reducing unemployment.

None of these children remind Obama of himself, apparently.

(Chicago Tribune) In the last month and a half, eight children who were 7 or younger have been shot in the city, mostly on the South and West sides, according to a Tribune analysis. 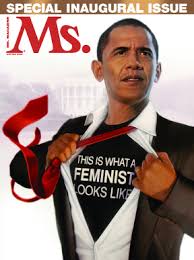 There are some genuinely F-ed up people on the planet. Some twisted, insecure, guys who were apparently not breast fed as children, have some bizarre notions and among that group of freaks and misfits are the Sensitive New Age Guys (called SNAGs). Is Barack Obama a SNAG? Maybe. Let’s look at the definition.

1.) Sensitive-New-Age-guy. Think kakai’s, denim shirts and flower show on TLC. Can be either straight or gay. Also referred to as a “Stray” (see Stray Def.) Tends to drink wine and certain imported beers.

Maybe when he goes off teleprompter and embarrasses both himself, his country (America, not Kenya) and seems peevish, it’s because he’s experiencing ‘cramps’?
Love is a Many Splendored Thing 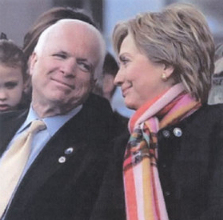 …Once on a high and windy hill
In the morning mist
Two lovers kissed
And the world stood still
Then your fingers touched
My silent heart and taught it how to sing
Yes, true love’s
A many splendored thing
John McCain (R-AZ), the most liberal Republican in the US Senate and the Bitch of Benghazi, a presidential hopeful, enjoying a private moment (right).

His name conjures up weak, morally bankrupt politicians, but did he provide the model for the famous cartoon character, “Butt-head”? Or is that Bevis? I can’t keep them straight.

If Hillary becomes president in 2016, what appointment could be waiting for Weiner?

Director of the FBI?


He can’t be attorney general because he isn’t a lawyer, so Director of the FBI is as high as he can go in the Justice Department. He could always be Secretary of Homeland Security when you consider what a low bar was set for the chair occupied by Janet Napolitano.


Maybe somebody needs to ask Hillary what she’s going to do for her assistant, Huma Abedin-Weiner’s husband when she’s Leader of the Free World? I’m sure that he’d be content to be Ambassador to Sweden. (who wouldn’t be?) Maybe Hillary would send her daughter, Chelsea to Sweden to be Anthony Weiner’s assistant?


There are a lot of “new normal” things since the Obama Administration swung into action bringing hope and change. Today’s cartoon illustrates the growing public perception.