Passing Time in the Workplace 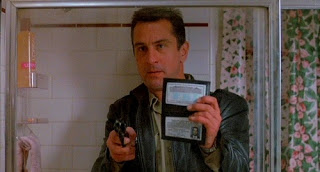 Facebook
Twitter
Pinterest
WhatsApp
My life in the workplace has been frequently marked by practical jokes. While they are politically incorrect, there are scattered groups of adult heterosexual males that are still around where pulling off a good one is appreciated. If you work around politically correct stuffed shirts – they work much better. Target selection is critical.
(1) Sliming. Slide a few condoms into the suit jacket pockets of the most Christian (fully washed in the blood of the Lamb) male colleague that you work with. It’s better if they are in an executive management position because they will have less of a sense of humor, thus the prank is more effective and the red-faced, spitting anger they come back to work with is more satisfying.

I can’t explain it, but their wives would seem to be the most suspicious of the lot. Imagine a woman going through your suit jacket and finding two unused condoms and one used (with a little hand lotion in the reservoir tip). (Wipe your fingerprints from the condom packages before inserting them into the jacket pocket.)

HINT— It works even better with lesbians…

(2) Photo Substitution. There is a practice (officially frowned upon) of taking credentials out of suit pockets and gluing a photo of a person of a more swarthy race over the photo of the authorized bearer. The practice, known as “jigging” pre-dated the movie, Midnight Run, where Robert DiNero carried and misused the credentials of a black FBI Special Agent named Alonzo Mosley (Yafette Koto). This practice works better if you are pranking people from an agency of the government other than your own.

People very seldom inspect their own creds. They display them on official business and the reaction is always gratifying.

(3) Promotion Party Planning. Frequently everyone knows that somebody will be promoted before they are. The “secret” is an open secret. However, most organizational leaders feel that they are not transparent. Therefore, follow these steps:

The reaction will be immediate and satisfying.

HINT— Straw Man Deflection: It’s often useful to set up a third party as the prankster because the search for the guilty party will be relentless. Pick somebody from the office who has recently returned from a conference or meeting and send the “package” from that location. (It’s much easier to do if you have a friend in the post office/Postal Inspection Service.) Take a copy of the packing receipt for the purchase and put it in the third party’s office trash. The third party won’t know that it’s there and it provides “proof” to the offended one on the warpath.

(4) The Wicked Dancer. Strip clubs are dens of iniquity and only perverts go there. However, wives and girlfriends don’t know that you (their loved one) are not a pervert, so this works. (See #1 above) It works better on the uber religious but there is universal application. Drop by and pick up a few business cards to “Juicy Lucy’s”, “Bottoms Up” or “Dick’s Cabaret”. On the back of the business card write a name like “Jazmine”, “Cherry” or “Franchesca” with a heart next to the name. No phone number is required.

Wives and girlfriends never have an understanding reaction that their man has been set up by his insensitive colleagues.

HINT— It works even better with lesbians…

(5) Plaque Substitution. The bigger and more self-important the boss, the more crap that hangs on their “I love me wall”. Select a plaque and order a substitute. Replace the name of the recipient with their name and the caveat “Class Asshole” or similar underneath. Hang it in place of the original. The office owner won’t notice it — but somebody else is bound to. And it’s fun. Eventually you can replace the original, when you’re in the mood.
(6) IBM Panic. It works for other organizations, but it worked particularly well in the past when exacting a measure of satisfaction from IBM. Parking places are a mark of your place in the pecking order. An unannounced change in parking place drives knives of panic into the most hardened bureaucrat. A confederate in parking security is required, but those people are always dumped on, so they’re almost always thrilled to delete the security camera footage.

Rearrange parking placards over a holiday weekend, make some new ones announcing promotions and change the names on the top few slots. You’re going to have to go to the bother of generating half a dozen new placards – along with moving another dozen around, but the results are worth the trouble.

None of these practical jokes reflect professional decorum or the somber plodding required in a bureaucratic office environment. Then again, if you were one of THOSE PEOPLE, it’s unlikely that you’d ever read this blog.