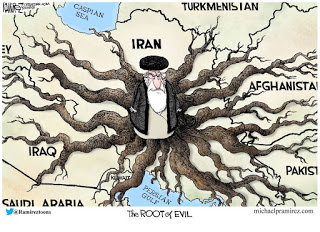 Facebook
Twitter
Pinterest
WhatsApp
Barack’s Gentleman’s Agreement
The US (President Trump) withdrew from the gentleman’s agreement that his predecessor made with the Mullahs in Iran. Progressives said that Iran was keeping its end of the deal and inspections proved it. Since the Iranians “self-inspected and self-certified”, one can hardly wonder that they were in compliance. I suspect but can’t say for sure that President Trump had convincing evidence that Iran was not in compliance. The nature of intelligence (methods and sources) is such that that proof is not laid out for public consumption. Iran’s reaction was and remains somewhat mild, and I expect that they know that we know, etc.

The British are at odds with us in this. They want to keep selling goods and services to Iran. I understand that the Court of St. James feels that it needs blood money to prop up the welfare state that it created – much of which funnels to their immigrant Mohammedan population. But it could get hard for them, not because of a trade deal which they need but might not get from the US, but from the Saudis refusing to grant government contracts to British companies.
The Saudis did it to the Germans this past Friday and the British could be next. So the word on the street is that you need to choose – Iran or Saudi Arabia. Who do you love and who loves you?

“Saudi Arabia is a significant trade partner for Germany, generating 2017 exports worth 6.6 billion euros ($7.7 billion), according to Germany’s statistics office.”

And what about Deutsche Bank? How are they going to absorb the loss?
The corrupt, lying, nasty, smug, sly, elite media in the US felt that President Trump didn’t know what he was doing and that Europe would thumb their noses at America’s repudiation of the trade deal. They did not include Saudi Arabia AND THE REST of the Arab world in the calculus. They said that the President didn’t know how to make a deal. However the details of the withdrawal from the Iran nuclear deal have yet to make themselves manifest. The devil is in the details.
Family Rumors 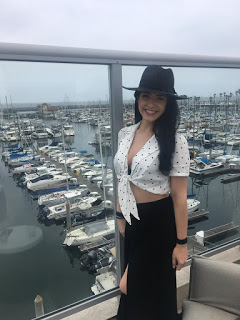 My youngest daughter, Emilie, who often rides shotgun in my rig in off-road adventures, is engaged to be engaged. When you have four beautiful daughters, it’s one of those things that a father must take in stride.
Late last week, I received a phone call from Emilie, taunting me. “Guess where I am?”
“I can’t guess.”
“I’m at Schooner or Later having breakfast with Eric.”
(it’s a famous food diner/drive-in/dive in Long Beach near where I used to dock/slip my boat in Spinnaker Bay)
“Save me a chair, I’m about ten minutes out.” You see, great minds think alike and I was already on the road to that destination to have breakfast, not knowing that the betrothed and her beau were already there. Such is the nature of bond between father and daughter – Vulcan mind meld or something like that. It disturbs Emilie, but that’s how it rolls.