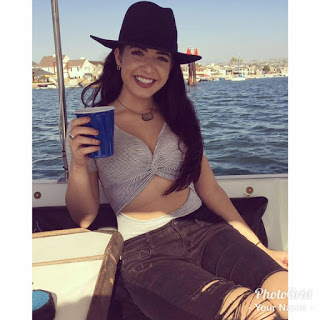 My daughter, Emilie, is not obsessed, but she does wear quite a few hats as part of her ensembles, or get-ups or whatever you want to call them.
I’m clearly not the most stylish guy on the planet, preferring to wear ripstop cotton or blue denim to other more chique options.
She doesn’t need a hat…I’ve tried to tell her that.
Of all my daughters, she’s the most prone to making fashion statements. Maybe it’s because she’s the youngest, and still single.
Being in paramedic school, I thought that she’d calm down a bit with the whole passion for fashion/thing for bling motif. No, not hardly.
She told me that I destroyed her capacity to be politically correct, anti-gun and all of the progressive proclivities. At least I might have done something right.
But I don’t get the hat thing.

The problem with Iran producing nuclear weapons of its own revolves around their promise to use them to wipe out Israel. It’s like a person with turrets syndrome.  They can’t help but announce the they wish to wipe out (first) Israel and then (second) the United States.  And they are building the launch capacity to accomplish those goals.
They seem mystified when the US (under President Trump) and Israel refuse to come lowing to the knacker for destruction. That may be because President Obama had a different agenda. Then again, he closest and longest serving senior political advisor (Valerie Jarrett) was born in Iran and maintained a close affinity to the world of the not quite right.
Jarrett worked hard to convince her boss that steers can sign meaningful treaties with meat packers.
Naturally, the light-bringer bought it hook, line and sinker.
The worm has turned in terms of the US approach to the world and it’s for the better. Ask ISIS – but you can’t. Their homeland has been wiped out. No, you won’t hear that on the corrupt, smug, lying, elite mainstream media.

Is your Halloween Costume P/C?

I’m guessing that it’s not because a Halloween costume, by definition, reflects cultural appropriation. My granddaughters are going as: zombie (age 8), cheerleader (she’s 5, she’s never been an actual cheerleader) and a bee (age 1). It’s the same story with the five grandsons. I can’t find the white wolf mask that a friend sent me last year. It’s packed somewhere, thus I will go as a grandpa, which reflects no cultural appropriation at all. I’m feeling very superior in that hard fought decision.
However if I was a younger version of myself, I might go as a negro in ‘black face’, Indian, wearing a Vietnamese coolie hat, and I’d drive to some Hollywood neighborhood to beg for candy. I’d have a girlfriend in tow (heterosexuality is not cultural appropriation when you are one) dressed as a witch to show the witches and satanists in Sin City that my heart is really in the right place…