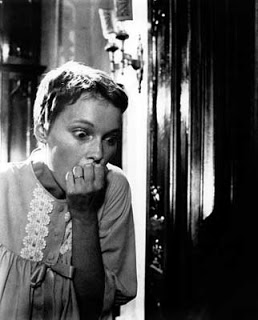 Facebook
Twitter
Pinterest
WhatsApp
For the past six years the United States has taken the drug war to the Republic of Mexico to attempt to interdict narcotics shipments coming north from clandestine labs in Mexico and from Cocaine grown in Brazil and Peru and refined in Brazil, Venezuela and Colombia. Unofficial Mexican government records show that they’ve seized 108 tons of cocaine during that six year fight. And, more importantly that they’ve lost roughly 1,000 Mexicans for each ton seized.
108 tons is a drop in the bucket and is statistically insignificant, more so when you consider that 95% of all Mexican law enforcement assets are directed toward the fight against organized crime.
While the election of a new government remains two weeks away, all indications remain that the Institutional Revolutionary Party (PRI) – (Socialist Party) will sweep 45 year old Enrique Pena Nieto into the Presidency of the Republic of United Mexican States (Republic of Mexico). It’s also clear that PRI will end the policy, supported by the US funded Merida Initiative of “fighting the drug war to the last Mexican”.

In 1990, just over half the cocaine imported into the U.S. came through Mexico. By 2007, that had risen to more than 90 percent, according to U.S. State Department estimates. (Dept of State as quoted by Bernd Debusmann: In Mexico’s drug wars, bullets and ballads)

Today, the country is agonizing through an epidemic of cartel violence that has killed roughly 100,000 Mexicans (unofficial numbers) and seen major cities lost to thug rule.
“The only thing that is driving people to vote for the PRI is the perception that these things that are happening now did not happen in the days of the PRI,” says Mexican author and historian Enrique Krauze. “Then, we had corruption, yes, but we had peace and order. I think that is something that is drawing many people towards the PRI.”

Mexico has always been a challenge to govern. Unlike the homogenous population in the United States, Mexican society is clearly divided into broad bands of economic and ethnic groups. There are the super-wealthy with fortunes measured in billion of dollars all the way down to poor non-spanish-speaking indigenous farmers who live hand-to-mouth (without electricity or running water) and depend on government assistance for purchasing seed and fertilizer. America’s indigenous population is small percentage-wise and rather disorganized politically; Mexico’s indigenous number in the tens of millions, relatively few live on reservations; and many are very active politically. When you read about squabbles in Mexico they are usually associated with indigenous and the poor who have differences over land or water rights. It is interesting to note that Mexico’s most revered president is Benito Juarez, a zapoteco indigena from the state of Oaxaca.

Mexicans and the political environment they live in is such that all Mexicans fear and detest the very idea of anarchy. This point applies to all socio-economic classes and ethnic groups. It took more than seventy-years for the PRI political party to be voted out of power—much blame can be assessed on outright fraud, voter bribery and other political shenanigans, but a large measure of the power of the PRI was the reluctance of the Mexican voters to risk a different political system.
By contrast, the US constitution was adopted in 1776. Mexico has had several constitutions including the one of 1857 and another in 1917. It was no small feat in the elections of 2000 and with much fanfare the PRI presidential candidate lost the election and the PAN political party took office.
Now it would appear that PAN’s reign will an end with an attempt to stuff the narco genie back into the bottle and return to the ‘good old days’ before the drug war saw rampant slaughter on their formerly peaceful streets.
TODAY – The US Government is in denial, believing that there will be a temporary halt to the drug war before things go back to the way they were when PAN was in charge.
Don’t count on it.