A Survey of Religions, Practices and Demographics

The source is Pew Research. You can explore their numbers here. These are numbers for the USA. Other nations will differ.

Based on Pew Research, there are some metrics that I thought I’d share. I only threw up one chart because they’re difficult to read on the blog. I did go through other charts on the website.

I’m picking the two highest and the two lowest in each category. You’ll note that I cherry-picked categories, not based on what might or might not be the most important, but on what most interested me at the time. 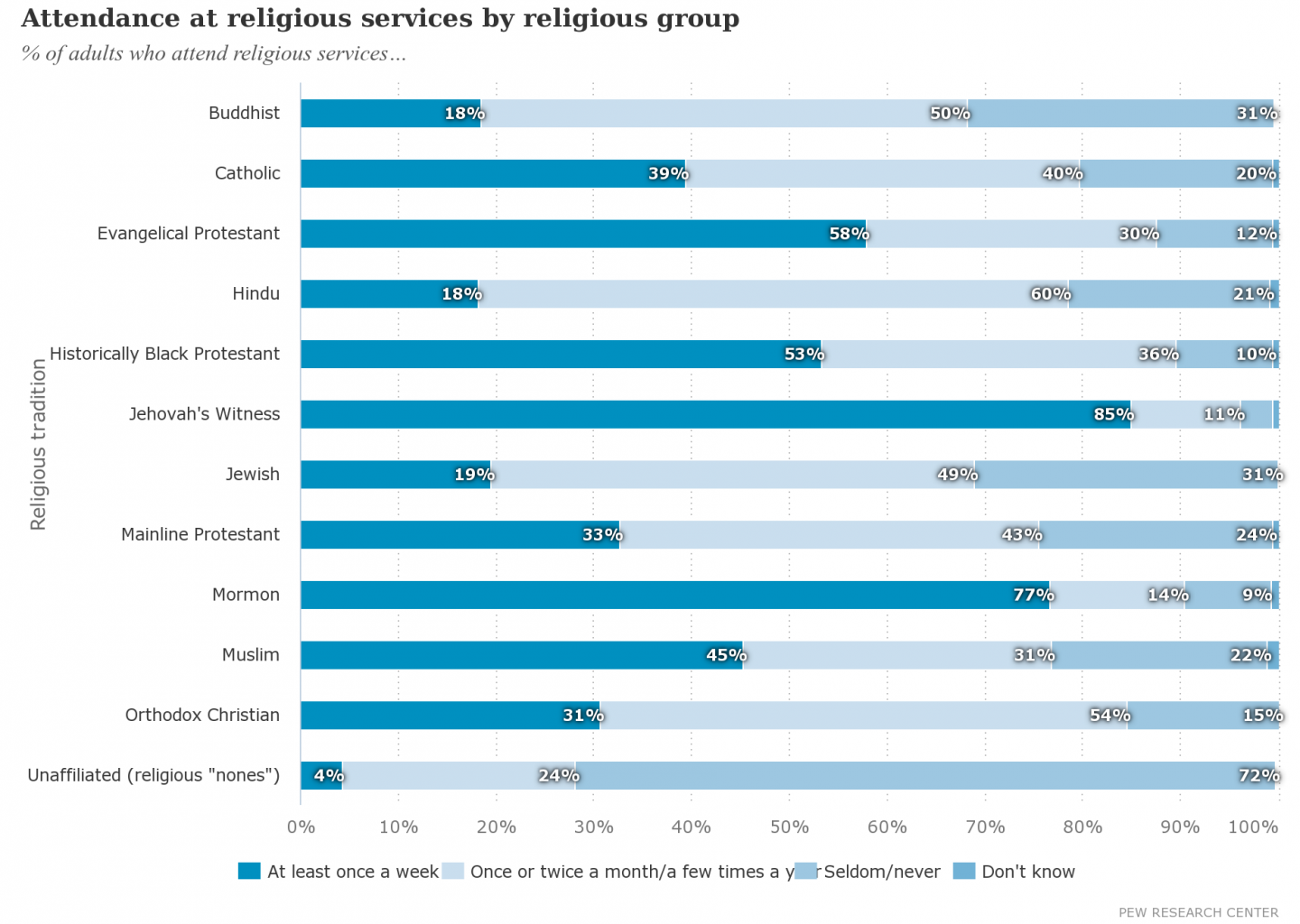 Map – People say they are highly religious (in the lower 48)

The American South comes in with larger numbers, and I didn’t find that surprising.

Again, no real surprises, with the Southern Baptists dominating in the South, the Latter-Day Saints (Mormons) in the Intermountain West, Lutherans in the North and the Methodists in the Mid-West. There are more Catholics than any other single faith and they’re everywhere.

Standards for Right and Wrong

Mormons and Jehovah’s Witnesses tied at 57%

Hindus and Muslims tied at 20%

In General, Catholics were always somewhere in the middle as a group on the categories that Pew surveyed.

On Reading Scripture, 44% of mainline Protestants responded “seldom or never”.

On Feelings of Spiritual Wellbeing, Jewish people were the lowest at 39%.

Government Aid to the Poor, was favored by the poorest and “Does more harm than good” was topped by Mormons at 64%. The Mormons have their own aid/welfare to members program and it’s quite extensive. So no surprises there.