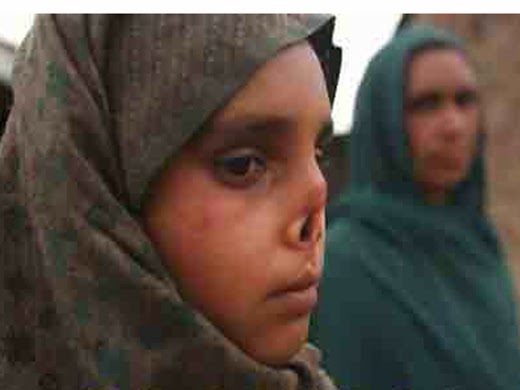 Facebook
Twitter
Pinterest
WhatsApp
(UK – Daily Mail) The changing face of Britain: A child in Birmingham is now more likely to be a Muslim than Christian. Isn’t that special? 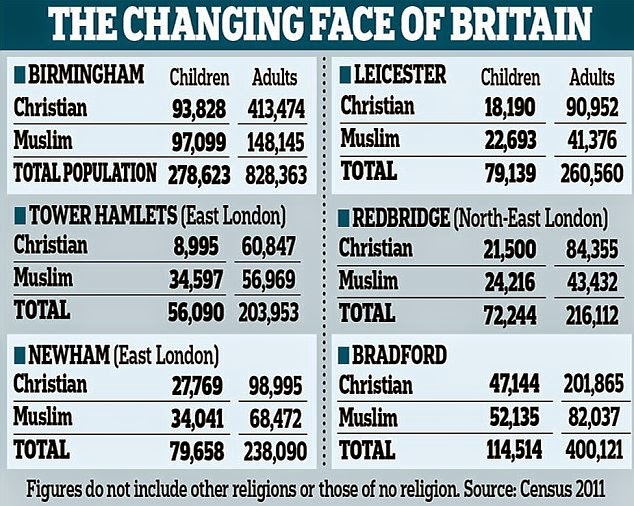 An exceptionally naive British official is quoted by the Daily Mail this way: ‘This is one of the most tolerant countries in the world. It will continue to be so, provided we all understand how that depends on respect for the beliefs of others too.’

I guess that Sharia Law will replace English Common Law sooner than later and once 51% of of those living in England are Muslim, it will be the standard, “convert or die” motif that we’ve seen again and again over the past 1400 years. British women will veil their faces and bodies and will become the chattel of their husbands. How exciting must that be for the women?!! The place will become an Islamic paradise — like Iran or Yemen, but without oil.
British future:

Islam, by its very nature, will refuse to co-exist once it has the majority. And the sand is running from the top of the hour glass to the bottom for, the British.