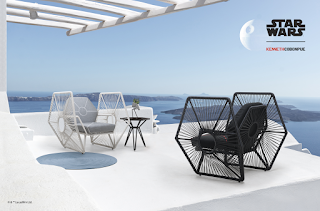 Facebook
Twitter
Pinterest
WhatsApp
For Hardcore Fans of the Franchise
(Maxim) First there was Yoda – and then there was Baby Yoda, which is still trending. Now, if you want the force to be with you on your patio, you can buy Star Wars Tie Fighter chairs. There are also complete furniture sets to make you feel as if you’re living on a movie set.

I’m sure that this sort of thing will blow out the doors, and I haven’t even seen the latest Star Wars film.
I expect that we may see Baby Yoda team up with Baby Groot (from Guardians of the Galaxy) if it sells things that will end up as landfill.
Will it be too much if the US Space Force develops an operational X-Wing fighter? I don’t know. Ever since the flip phone (now arcane) came along to simulate a Star Trek communicator, I’ve stopped being a skeptic. Life can imitate art, particularly if there’s a buck in it.
Drift

(SiGraybeard) covered the story on December 29th, and it’s been banging around different publications, but it’s still interesting to read accounts of the drift of the magnetic poles.  And there’s a possibility of a polar shift (north becomes south, etc.) during an epoch when mankind can observe it. Since it’s now changed time zones, it’s become even more interesting. My 10 year old grandson visited me in Arizona recently and became aware that there are some states that don’t shift time with the changing seasons (no Daylight Savings Time in Arizona). It gave me the opportunity to discuss Magnetic North drifting. Teaching opportunity. 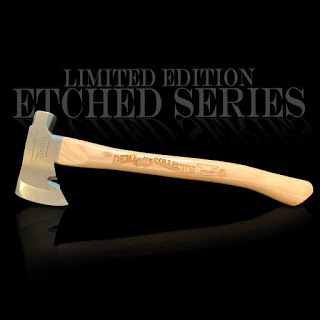 I have to admit it. I like tools. And some of the custom tools like “debt collector” or “don’t tread on me” may be a bit pricy for those of you who just want an axe or a hammer, the cool factor is also important.

Can you have too many cool things? Does the guy with the most toys win? These thoughts drift through my head, but my organic attraction to tools and to using them in the field is still there. Is it just because I’m a guy? Maybe not. There are a lot of progressive university students who self-identify as male at times who would have no interest in this stuff.