Is President Trump being Punked? 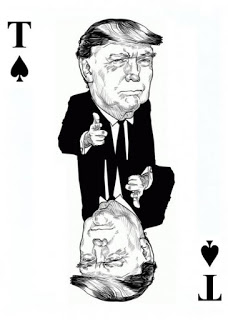 Facebook
Twitter
Pinterest
WhatsApp
Nobody is more disgusted by the use of chemical agents in warfare than I am. Whether it’s a blistering agent such as mustard gas or a nerve agent like GB (Sarin), they should never be used – not ever.

But isn’t it strange that now Assad has things under control and the Russians have ringed the country with S-300 and S-400 SAM batteries that Assad would launch a chemical attack on a handful of people? 100 people were effected by the gas.  Russia’s defense ministry said on Wednesday (link) that the poisonous gas contamination was the result of gas leaking from a rebel chemical weapons depot after it was hit by Syrian government air strikes. I’m not pro-Russian but applying Ockham’s Razor, their explanation makes a lot more sense.
Now the US is contemplating war in Syria to depose Assad.  Why is that again?  And why would Assad deploy GB against a civilian population to kill or severely injure a mere 100 non-combatant people?
I understand the pitiful photos of children who were gassed. So was it a deliberate strike or was it an accidental release as Russia tells us? I suspect that President Trump is being punked, and I don’t think that it’s the Russians who are doing it. If not them, who?

I smell a rat.