How to Beat the Polygraph 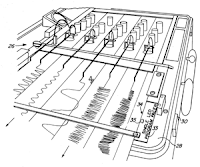 Facebook
Twitter
Pinterest
WhatsApp
I find it just a little funny and a lot crazy that the Obama Administration is targeting people who teach others to beat the venerable polygraph for prosecution and persecution.

(Fox News) “If someone stabs a voodoo doll in the heart with a pin and the victim they intended to kill drops dead of a heart attack, are they guilty of murder?” Gene Iredale, an attorney who often represents federal defendants, asked the news service. “What if the person who dropped dead believed in voodoo?”

I’ve been polygraphed many times and it works just fine on me because I’m an honest guy with generally judeo-christian feelings of guilt and remorse. The polygraph was built for me.  But it doesn’t work on sociopaths (people who can’t tell right from wrong and that means that narcissists and the clinically deranged can lie effectively on a polygraph).

The best way to effectively beat the polygraph is to be precisely who the government hopes to screen out. Aldrich Ames, famous CIA turncoat, beat the polygraph a number of times, and so did Robert Hanssen, HEAD of FBI counterintelligence and Russian spy. How did they manage to beat the polygraph?
The Fox News piece, cited above, details arrests of people who trained others to beat the polygraph through a number of means (that work depending on the person who is ‘lying on the box’). In these cases, I suspect that the arrested were charged as accessories after-the-fact since they were working with accused people who planned to take a polygraph.
To me, relying on the polygraph alone is a lot like the Patriot Act. It’s a shortcut for people who are unable to conduct thorough investigations. If a polygraph is used in conjunction with a thoughtful and thorough investigation, it can be helpful to target certain areas that require answers. In fact, polygraphers (and I’m not one) are trained to conduct investigations as part of the scope of their polygraph examination. Anyone who looked closely at either Aldrich Ames or Robert Hanssen would have found them to be wholly unsuited for federal service.
But nobody did — and why they didn’t eludes me. A good friend of WoFat’s and mine was one of Aldrich (Rick) Ames classmates at “The Farm” and while he maintained good relations with Ames, he’s always maintained that “Rick had a screw loose”. 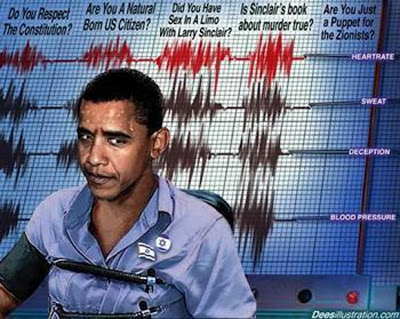 Legislators/members of Congress are not required to submit to a polygraph examination and neither is the Commander-in-Chief and Leader of the Free World. Am I the only person that finds that to be just a little bit odd? What might one find out if they polygraphed Barack Obama?
Did you ever claim to be a foreign student to unlawfully obtain student aid?
Do you consider yourself to be a Muslim? (valid because we’re in a war against radical Islam)
Are you now or have you ever been a member of an organization that advocates the violent overthrow of the United States of America?
Would he pass? Likely. He’s a narcissistic sociopath. To a narcissist, lying is simply a part of life.