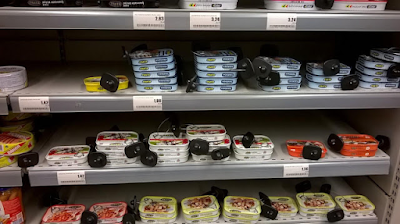 You know that economic times are hard in Greece when they put anti-theft devices on cans of sardines that go for $1.18 euro each.
The US Economy is more difficult to destroy than the Greek economy as Barack found out over the past eight years. Yes, we have $20 trillion in debt but we haven’t been wiped out. My sense is that when you see anti theft devices on cans of sardines in the US, we have had it.
Could a Hillary presidency finish us off? Maybe but even the destructive policies of another in the Clintonian dynasty might not be enough…but there is a tipping point. 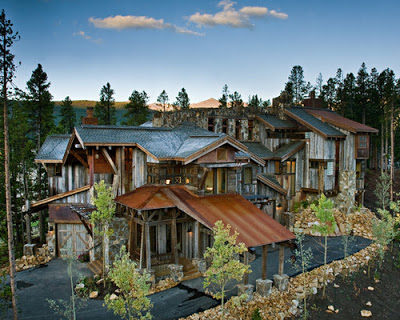 Which is why it’s a good idea to have a compound, far from cities. Enter the concept for the White Wolf Mining Company (ghost town).

The concept is a home/facility that looks a bit like an old mine. Harmless, ruined, helpless and low maintenance. It screams, “If you’re going to attack somebody, pick a more worthy target than me.”   – look, over there, the WoFat mansion or Brig’s elite cabin.

LSP’s compound is cleverly disguised as a church. Though that was my first pick, he took it before I could implement it, so I have been forced to fall back to a more elemental choice. 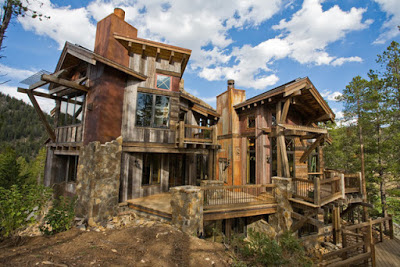 Since there are literally tens of thousands of old mines in the Southwest, this is just one more failed attempt to get rich quick.

Is a disaster coming to the US? Maybe not, but I can’t be sure, so this may be the solution.