Looking Toward 2019 from Christmas 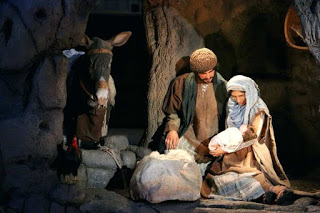 Facebook
Twitter
Pinterest
WhatsApp
The stock market has been plunging, due in party to the sort of hysteria that plages that particular marketplace. Because of that, there have been people who are predicting immediate doom. I have a slightly different take.

We enjoy freedom of speech (sorta), freedom of religion and the ability to worship or not based on our own faith. There are disturbing trends in the way people live their lives, and the tendency to worship money and goods more than God – but that’s been going on since Cain slew Able.
It all comes down to being kind, a humble and a contrite heart and following the example set by Jesus Christ on a daily basis. Even if you don’t believe, it’s still a good way to live your life.
I’m optimistic in the short term. Longer term predictions are more difficult.
There has been subtle pressure from the Chinese to ‘school’ the United States, the Federal Reserve decided to push up interest rates for the seventh time during the Trump Presidency, and the uncertain issues of America asserting itself in areas where trade has been unfair. All this has caused the endemically jittery stock market to respond in a negative way.
At the same time, things are going remarkably well in the United States. Income is up, unemployment is lower than it’s been in a generation, and taxes are lower as is the cost of doing business. Yes, the deficit is worrisome, but all of the major developed nations in the first world are in worse shape than we are when it comes to borrowing. I know, cold comfort, but it is something.
The US is beginning to decouple from the role of “world’s policeman” that we chose for ourselves. Yes, CNN is hysterical, but they were also apoplectic about the First Lady’s choice of Christmas decorations. When everything is a 10, nothing is.
The US has the largest proven reserves of oil, oil shale, natural gas on the planet. We don’t need the Middle East. Yes, I know that it’s about market forces and the Saudis have the production capacity to pump more than we do. Now. But their oil will end long before ours does. Likewise, the US can feed itself easily. There is no threat to us in this hemisphere. Two oceans provide a buffer. We have not relinquished our control of Space above the planet, and soon we’ll have a Space Force which will pull more of the budget in that direction.
China is the only significant global threat to the US and if we stopped all trade with them, they’d be in much worse shape than we’d be in. We have more in common with Russia and were it not for the deep state attacking President Trump on the fake news topic of collusion, we’d have been closer to them now than we are. And China fears that. Think on that for a moment if you will.
We’re a bigger threat to ourselves than any outside power. We may be the only nation on the planet that can say that. 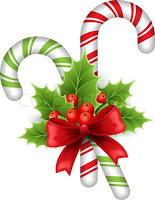 So be joyful this Christmas Eve. Things are going well in the macro sense. You may not like the Farm Bill or you may be unhappy with the lack of progress in building the Wall, but we’re ok despite all of that.
When you wake up tomorrow it will be Christmas. And that’s pretty cool (or cold, depending on where you live). I’m going to crack open a craft root beer and drop a hunk of vanilla ice cream in it and toast you all.
Merry  Christmas