Jeb Bush says that Donald Trump doesn’t represent the Republican Party. The numbers suggest otherwise. Whatever Trump is/isn’t, he is not afraid to express an opinion. Both men were born to privilege, both among the richest Americans. Trump is spending his own money on his presidential campaign. Bush is wooing investor/contributors who will all expect something in exchange for their support.
Bush comes across like a pansy and Trump is somewhat of a bull in a China shop. You need to ask yourself who America’s enemies will fear more. At present, Trump has sucked the air out of the room and Jeb Bush isn’t doing very well.
You can peck both Trump and Bush to death on their pasts – much the same as with anyone who has been in high powered business and politics. The bottom line is that Jeb Bush is very boring and Donald Trump is entertaining. And we know that Americans like to be entertained. Stay tuned for the debate tomorrow night.

Planned Parenthood – We need to stop calling it healthcare. Nobody goes to the doctor to have their child killed and then to have the baby’s body and organs auctioned off.  Ok, maybe they do. I’m hopelessly old fashioned. It’s a brave new world where that is the new normal. Our splendid elite seem to think that is very trendy – progressive.

I don’t know what it should be called – though Murder Inc. has a ring to it. We were all babies once. All of us. It’s time to have a bit of respect for human life. Unfortunately “black lives matter” or “human lives matter” doesn’t extend to the most vulnerable among us. 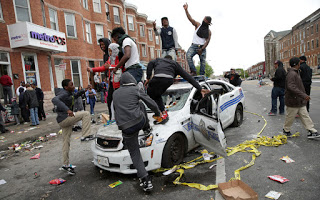 Baltimore is having a hot summer with a record murder rate. The Police have taken the summer off, but arrive to tag the corpses and do a few interviews. Baltimore PD’s murder clearance rate is 36%. In most of America it’s in the 90% range.  The Federal Govt. has loaned the city a dozen homicide investigators to try and improve the clearance rate. I’m not sure where the feds got them, but jumping into an unfamiliar city and hitting the bricks to solve murders may involve a learning curve that the liberal establishment doesn’t understand. The mayor fired the police commissioner/chief last week for doing a bad job. Maybe if the mayor and district attorney resigned in disgrace, some normalcy could be established.
Apparently sales tax revenues in Baltimore are also down. I’m certain that the Obama Administration will bail them out. Not to do that would be racist.

John Kasich is doing well in the polls as the 16th Republican to enter the race. I prefer Kasich to the other Republican candidates in the mix. And before you all beat me up on that, it’s one of those things where I think that he’d be good for America and I think that he can beat Hillary Clinton. A Kasich/Fiorina ticket would be very hard for Hillary Clinton to defeat. And guys/gals, we must restore order to America and to America’s place in the world.

Fiorina is running for president, but most people including me, think that she’s running for vice president. She can take people on in a debate and she’s smart. She also addresses the gender issue, that Clinton will be beating the drum on.

Back to Texas? Yes, I’m planning another trip back with my consulting gig with the University of North Texas but not in August. Texans claim that August weather isn’t all that hot. (Yes, I’ve been to Fort Bliss in the summer – but not recently and never recreationally) As an amphibian by training and occupation, I think that I’ll stick close to California beaches throughout August. September is soon enough.

Joe Biden is that man that kept Barack Obama alive during two terms in office because even the craziest people who might wish to threaten the president were fearful of the senile man who would fill Barack’s size 13 wingtips.

Biden now feels that he can defeat the worn out, portly, scandal ridden Hillary Clinton, doing her flat-footed duck-walk through America for the Democratic Party’s nomination. I have always felt that Biden would be the perfect Democratic Party candidate for 2016. He has eight years experience as Barack Obama’s understudy — and let’s face it, he’s even more entertaining than Donald Trump.

Hillary is mean, but who doesn’t love old Grandpa Joe and the twelve-gauge shotgun that he fires in the air when he’s a bit insecure?