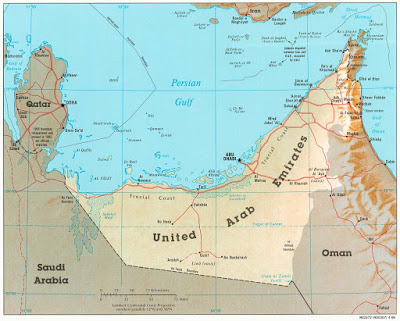 I spoke with friends today about the curious case of Matthew Hedges (31), a British university student, who has been charged with spying “for a foreign state” in the United Arab Emirates is looking at a trial (of sorts) next week. I won’t take up the question of whether or not I think that Hedges was a British spy. I leave that to wiser people than me.
However, there is a reason why most case officers (government spies) operate under diplomatic cover with diplomatic immunity while overseas. There are two kinds of case officers:

(1) Inside officers, who hold jobs within the embassy of the nation that they represent. Those jobs come with diplomatic immunity and they can’t be arrested, but they can be expelled (PNG’d) by the host nation if they’re caught.

(2) Outside officers,  often referred as non-official cover officers or NOC’s, who operate outside of the shadow of the embassy. If apprehended, they’re on their own, but the employing nation works to get them released – often blowing their cover in the process. Disclosure of cover can have a lot of unpleasant ramifications and I won’t go into that here.

(*) There are also recruited assets, referred to in the business as “agents” who are managed by both categories (above). If captured or compromised, they’re usually on their own.

Matthew Hedges has been kept in solitary confinement for the last five months. UAE Investigators had gathered evidence from his electronic devices and intelligence from UAE security agencies that was in his possession when he was arrested last May.
What many Westerners don’t understand when they go abroad is that in places like the UAE, you have almost no rights. Your trial will take place in secret and is decided by an Islamic judge. There is no jury. There is no right to free speech, no right to confront accusers, no right against self incrimination, and due process is what the UAE says that it is.
Last year, Hedges co-authored an article in an academic journal on the Muslim Brotherhood political organization and the Gulf Cooperation Council, of which the UAE is a member. The UAE is officially opposed to the Muslim Brotherhood. And there you go. A serious crime is revealed.
I suspect that there are wheels-within-wheels that grind deeper than the superficial but will not comment on that. The short message is that if you leave the USA you have very limited rights.