Convert or Die (Analyzing a World of Total Islamic Faith) 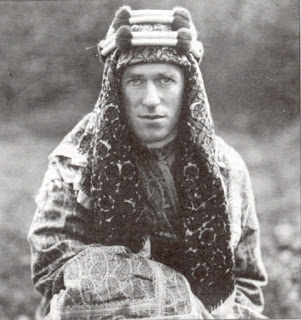 Facebook
Twitter
Pinterest
WhatsApp
Would it be that bad if the whole world converted to Islam?
It depends on your perspective.
This blog post is simply my attempt to weigh the pros and cons of a world that embraced Islam. For one thing, there would be no need for jihadis to keep taking hostages and blowing things up…except that there are different factions of Islam and they hate each other and are actually at war with each other. We will presume for sake of this particular blog that all of Islam gets along and that there wouldn’t be on going jihads to remove the ‘pretender’ from control of the world. We’ll also presume that Mahdis (12th Imams) wouldn’t keep popping up to cause trouble in the new Islamic world order.
Moderate Islam, if there is such a thing, is merely the gutless faithful realising that if they raise their voice against the totalitarian mullahs, they will be accused of being apostates and therefore fatwa-ed. They’d be weeded out in due time.
Islam requires a theocratic form of dictatorship where most of the big rules are made through interpreting the Qur-an (in a world setting that would happen in Mecca or Qom depending on whether the place is run by the Suni or Shiia). The smaller rules are made by the local mullah, who is usually supported by a council of elders. In Afghanistan (the only Muslim country where I’ve spent any time – and an uncharitable soul shot me, ending my trip) it’s called a jirga or circle of elders. Call it a City Council and you’re in the ballpark.
Even though NASA’s outreach (per President Obama’s directive) is to make Muslims feel good about themselves, under Islam, there would be no space program, so satellite communications, and everything of that sort would quickly fall into disrepair and fade away.
In fact, the Wahhabist view of technology is that it’s bad (unless in it’s used against an infidel as in the case of a bomb). Essentially we’d all move back to the 14th Century where we would remain.
What was life like in the 14th Century in Islamic nations? The best word to describe it is “basic”. (see below)
Electricity would likely be kept as a necessity simply because too many people benefit from lights to have it shut off completely. Some manufacturing would also remain, but there would have to be mullah supervision to insure that it was kept simplistic. I think that we’d eventually seen the end of basic things such as lightbulbs, but they’d exist for a while.
Since the only book you need is the Qur-an, there would likely be some printing for religious reading. Nothing much else is needed because most things that happen (such as medical problems) are solved with a shrug and insh-allah (the will of God).
Islam works better for men than it does for women. I’d have to grow a beard, pray or pretend to pray five times daily and that’s about it. Alcoholic beverages are prohibited but I’m not much of a drinker, so no problem there.
Unruly Wives? Men are allowed up to 4 wives and an unlimited number of concubines, and divorce simply requires you to say, “I divorce you” three times to your wife in the presence of a male witness. No child support, no alimony, no community property, no problem. Unruly wife? You simply discipline her with a rod no bigger around than your thumb and you’re not supposed to hit her in the head. If she ducks and the rod hits her in the head, it’s not the man’s problem. She simply needs to be better disciplined so that she can stand there and take it…

There are a LOT of rules for women. There are a lot more DON’Ts that there are DOs. I won’t delve here, but suffice to say that cooking, child bearing and household chores, making clothing, and tending to crops are about all they’re allowed to do. If women exceed those guidelines, they can be denounced as whores and executed. If your wife or daughters even glance at a man, you can deal with it as an honor killing rather than denouncing them as whores (the problem is solved far more immediately with less politics). Even though Islam doesn’t refer to women as slaves and in fact prohibits enslaving fellow Muslims, the present Western definition of “slave” is a good definitive rule of thumb for the situation where women in Islam find themselves. Rape in Islam is all but impossible to prove. And since the culture is essentially misogynistic, women get the short end of the rope…unless you like dressing in a black tent in the middle of summer, in the desert.
Weapons are permissible in Islam (sort of a Super Second Amendment), but since manufacturing would suffer, eventually we’d be back to muskets (jazails) and swords (tulwars). Black powder is easily made from local materials and iron can be forged locally as well. I currently own both (flint and cap and ball) muskets and swords, so the transition would be minimal for me. Archery is another passion and with modern compound bows (that could be made with present knowledge and more primitive materials), I could keep the hobby. Other than praying five times daily, there’s not all that much for the man to do besides honing martial skills, interpreting the word of God (see below) and ‘expanding the population’.
The pastoral life of herding goats, for example, and shooting other Muslims who want to steal those goats comes to mind as I live in a tent with my tribe. I feel that if I was a Muslim that I’d be a mullah because you can interpret the Qur-an locally within some broad guidelines since the Qur-an is subject to a lot of interpretive leeway. The jirga/council would be comprised of my buddies, so we’d figure out how we wanted to roll and it would be ok. Guidance from Mecca would be slow in coming (carrier pigeon messages and wind powered ships would carry the word), so absent a directive from the other side of the planet, my word would be God’s law. There are worse lives for a man like me who doesn’t mind camping out, slaughtering the meat that he eats and bar-b-cueing it over a fire. Essentially true Islam as presently practiced (weeding out those moderates) would be like a long camping trip with a lot of female servants to do the heavy lifting. There are worse lives. I could get used to not having a cell phone, I like to ride horses and practice with weapons. I’ve never ridden a camel but why not? I’d have to learn falconry, but it would be an exciting challenge. Children can herd the domestic animals. I do the camping part now recreationally without the women part and it’s not nearly as fun as it would be with women to gather firewood, cook the game that I killed and see to my every whim within the harem.
That’s how it works in Yemen, Iran and Afghanistan and it’s how it would work in Saudi Arabia and the Emirates if you took away the oil money.