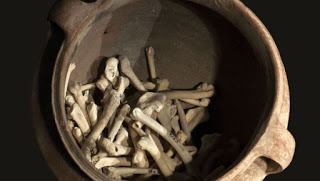 Facebook
Twitter
Pinterest
WhatsApp
Now that the fix is in and that Biden will be anointed to run against President Trump in November, the only real question remaining is who the Democrats will run as Biden’s Vice President. THAT is the person we know that the elites will want. I know that many of you have your money on Michelle Obama, and others have their money on Hillary Clinton. Clearly the Butt Guy and Amy Who? are hoping that will be their reward for dropping out (that and a big bag of cash). But I don’t think it will be any of those. They don’t need to put a traditional hack in as president. It’s not necessary.
The elites are not concerned with race or gender at this point. They’ll want somebody who can take orders. Hillary and Michelle don’t fit in that box. Look for a politician who won’t make waves (sort of like Gerald Ford, a Rockefeller man – historically, stepped in) and is thoroughly owned to take the reins when Joe Biden dies.
This whole Trump phenomenon upset the applecart. Things didn’t go to plan. And angry American voters, who didn’t like the direction that Obama (and friends) had been taking things. Efforts to remove the president were – embarrassing. The levers of power, such as they are, will be connected to the Democrat VP selection. AOC and Sanders are just as bad for business as President Trump was. All of those factions need to be controlled and the new VEEP won’t represent any of those. Look for a more moderate and reasoned choice to slide in as Biden’s #2. It will be someone who won’t make waves after Biden’s unfortunate demise. Look, Joe need not die, but the diagnosis of altzheimers or severe dementia will be significant to shuffle him off to the home.
You can comment below and enter your thoughts on who Biden’s VEEP will be. You won’t win a prize if you’re right, but you’ll have serious bragging rights.