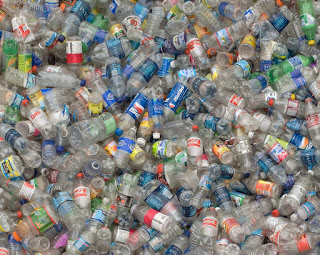 Facebook
Twitter
Pinterest
WhatsApp
There is nothing more disheartening to me than to travel to a strange and exotic location, walk on a sandy beach, and find it covered with plastic bottles, washed up on short. As with many men, the concept of a tropical location, palms, balmy breezes, an umbrella drink, plentiful fresh food and willing nubile women with loose morals appeals. That unrealistic and improbable vision’s bubble is popped immediately by the human refuse that flows around on and in the world’s oceans, and ending up on the beaches.
I’m not a global warming enthusiast but I am a conservationist and environmentalist by nature. In a nut shell, don’t kill all of the animals, birds and fish. And don’t leave your garbage around for the rest of us to have to deal with.
Instead, plant a tree or a dozen trees.

Sometimes it’s possible to forecast the view that people in the future may have of us. If not people, aliens on a star trek, who try and fathom what happened…

Unfortunately, Earth’s oceans and lands will be buried by increasing layers of plastic waste by the mid-century due to human activity, according to research led by the University of Leicester.
A new study, which has been published in the journal, Anthropocene, examines the evidence that we now live in the Anthropocene, an epoch where humans dominate the Earth’s surface geology, and suggests that the surface of the planet is being noticeably altered by the production of long-lasting human-made materials, resulting in us entering an ‘Age of Plastic’.
Jan Zalasiewicz, Professor of Palaeobiology from the University of Leicester’s Department of Geology explained: “Plastics were more or less unknown to our grandparents, when they were children. But now, they are indispensible to our lives. They’re everywhere — wrapping our food, being containers for our water and milk, providing cartons for eggs and yoghourt and chocolate, keeping our medicines sterile. They now make up most of the clothes that we wear, too.
“Plastics are also pretty well everywhere on Earth, from mountain tops to the deep ocean floor — and can be fossilized into the far future. We now make almost a billion tons of the stuff every three years. If all the plastic made in the last few decades was cling-wrap, there would be enough to put a layer around the whole Earth. With current trends of production, there will be the equivalent of several more such layers by mid-century.”

Plastics can travel thousands of miles, caught up in the ‘great oceanic garbage patches’, or eventually being washed up on distant beaches. Plastics can eventually sink to the sea floor, to become a part of the strata of the future.
The rise of plastics since the mid-20th century, both as a material element of modern life and as a growing environmental scourge, has been widely described. Their distribution in both the terrestrial and marine realms suggests that they are a key geological indicator of the Anthropocene, as a distinctive stratal component.
At last, there is something enduring that we will be remembered for.