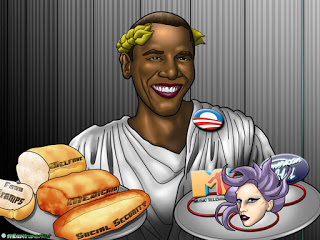 Facebook
Twitter
Pinterest
WhatsApp
The question before us is whether wages should bear a relationship to both relative value and productivity. For example, are the services offered by a physician equal to the that of the guy (illegal alien) who mows your lawn? Or are wages simply a function of politically motivated income redistribution?
Are the Hollywood elite redistributing their wealth to the rest of the world? Is Rep. Nancy Pelosi? No, don’t hold your breath. Income redistribution is always for “other people” when you’re in a position of power – or in the case of Hollywood, where they buy clout.
So long as a minimum wage is a function of politics, does it matter how high it goes? (See: Atlas Shrugged by Ayn Rand) If candidate Hillary promises $15/hr, it’s logical that candidate Bernie would offer $16/hr of other people’s money in exchange for a vote from the proletariat.
A Personal Study
LANDSCAPING: An interesting question would be where the natural break is on wages would be without a minimum wage. Let’s go back to the illegal alien that mows my lawn and tends to my yard. I pay him $4.27/day (annualized income) to keep my yard looking good. The price is not based the national minimum wage, but on my personal perception of value — and his. Am I a slave driver? No, he came to me about ten years ago, bid the job, and has been working at the same rate ever since. I don’t anticipate increasing his pay. There are others who would work for the same rate. Market forces and relative value dictate the price. I could do the work myself, and have. But at that rate, I’m ok with having Julio manage that problem.
SWIMMING POOL: The same is true of the people who maintain my swimming pool. I pay the company an annualized rate of $2.63 per day to keep my swimming pool fresh and perfect. That includes the price of chemicals. They tried to up the rate and I simply told them that I’d find another pool maintenance company. The rate remained the same despite inflation. Market forces and relative value again dictate the rate as does my ability to pay. As with the landscape maintenance, I used to maintain the pool, but would rather pay somebody else $2.63 a day to do that for me. None of the pool maintenance people are illegal aliens.
Most of my “stuff” ends up being professionally maintained. I don’t change the oil on my cars, though I do on my motorcycle. It’s a matter of preference. However, the price that I pay is heavily dependent on the relative value to cost. If the landscaping professional decided to double the amount that I paid, I’d simply buy a mower and go back to doing it myself. The same is true with the swimming pool and changing the oil on my three trucks/car. Much can be said for “fast food” as well. I can make slow food myself if you double the price. 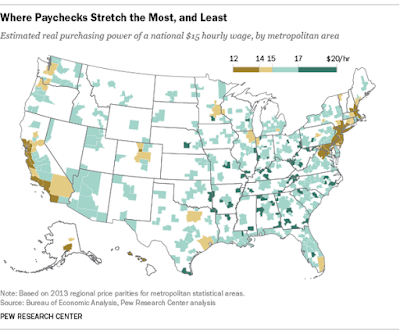 What happens to the people who make a living at those levels when the price goes up? They’re out of luck, and can go on the dole and receive food stamps, which I clearly pay for with my 11% California State Tax and 34% Federal Tax rate (plus appropriate sales taxes and excise taxes, etc).
All Minimum Wage rates don’t mean the same thing across the nation. If you look at Southern California in the map below, $15/hr doesn’t mean what it means in many other locations across the country.