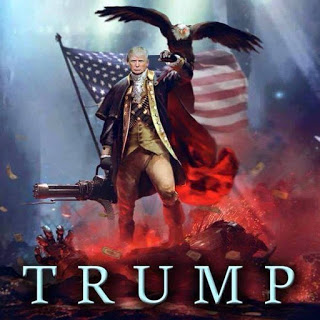 Facebook
Twitter
Pinterest
WhatsApp
President Trump spoke to the Polish people about the need to save Western Culture from the clash of civilizations that we in the West are now experiencing. Actually it’s the leading (bleeding) edge. CDR Salamander did a good job identifying the problem on his blog and I encourage you to read it here. I couldn’t do a better job than he did explaining the situation in a few words.
I’ve posted the gum ball video before but a revisit is never a bad idea.

As you’d expect, progressive heads exploded when President Trump spoke of a threat to Western Culture. CNN called his comments racist, homophobic, islamaphobic, and xenophobic. Then again, CNN is the apex of the corrupt, smug, elite, lying, filthy mainstream media and finding the truth is best defined by taking what they say and turning it 180 degrees.
The solution to the vast throngs of unwashed from the Third World, breeding like flies, is to educate them and to change them into people who are capable to cope with the reality of the 21st Century. Liberals don’t think of it that way. They think of hand-outs to the ignorant who will be dependent and will vote for them.

Congressional Support for a Wall (LINK)
Building a wall is a good first step, but fixing the problem requires that societies based on ignorance (many of which are Islamic) need to be re-made. Culture is the most enduring thing in the human lexicon. It is the piece of us that defines us, and the wretched of the Earth are defined by a culture that is not compatible with Western Civilization.
Missionary work to those blighted parts of the planet, bringing the capacity to be self-sufficient and to pull themselves out of poverty will never be well received. And if we can’t do it with the velvet glove, we will have to do it with the mailed fist. Because their welfare and our survival is at stake.
While we’re thinking about exploding liberal heads, this is my parting shot to CNN: 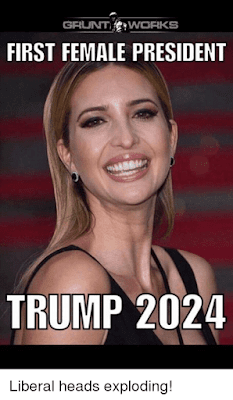