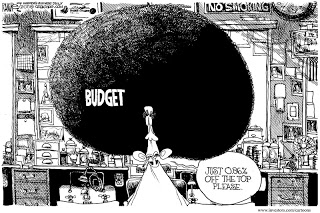 I had my hair cut today, in more or less the same way that it happens every 3 weeks to a month. My barber said, “Did you hear that the government was going to shut down?”
I replied, “Do you really care one way or the other?”
He said, “Nah, it’s all posturing.” And then he finished cutting my hair.
He asked me, “What are we doing in Libya?”
It’s not unusual for me to answer military style questions in the barber’s chair even though I haven’t served under military arms for quite some time now. I asked, “Do we have a policy? What IS the Obama Doctrine?”
He replied, “Damned if I know.”
And so it went.
I’d like to have a president who acted like an American and a President, who told us where he stood and spoke plainly to the world so he (and by extension, we) would not be misunderstood. The other guys in other barber chairs agreed with me:
1- We need to balance the federal budget. (good-bye ObamaCare)
2- We need to decrease our dependence on foreign oil by exploiting areas where we can drill, considering the use of clean coal and oil shale/sands as sources of oil. Being held hostage to our oil addiction by people who hate us makes no sense.
3- American allies are nations with whom we have reciprocal beneficial relationships. If they need aid, we should dig deep for our friends. Every other nation is not an ally.  We should help Japan in their moment of crisis. We should be very careful who we help and who we don’t help in the Middle East.
4- We need to enable businesses to grow and prosper – whatever it takes, because what’s good for them is good for all of us.
5- Illegal immigration is a problem. Narcoterrorism is a problem. Both of those problems could be solved by closing the Mexican border to non-official crossing. There should be pathways to citizenship. Legal immigration is good. If there are college age kids who were brought her as children illegally by their parents but they would like to become citizens, a 6 year hitch in the US Military would be a fair price for them to pay. I even think that we should pay them something while they serve (maybe half pay). Honorable service brings citizenship (do I sound like Robert Heinlein?). When they’ve served well and faithfully, give them the GI Bill and allow them to go to school on the taxpayers as a reward.
Liberals are out of touch. We (at the barber shop today) don’t think that they ever get their hair cut, or if they do it’s in some sort of over-priced salon where they also get pedicures and ‘waxing’ done.
Barbershop wisdom is common sense. There isn’t much of that in the Executive Branch of Government or in Congress.