Ancients, Astronomy, and the Christmas Star 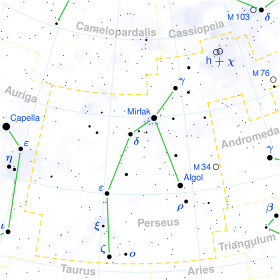 There is a considerable body of evidence that suggests that “the ancients” were significantly advanced in both mathematics and astronomy even though they lacked the tools that we have to aid and verify our observations.
The Ancient Egyptian papyrus Cairo 86637 calendar is the oldest preserved historical document of naked eye observations of a variable star, the eclipsing binary Algol — a manifestation of Horus, a god and a king. This calendar contains lucky or unlucky prognoses for each day of one year. Researchers have performed a statistical analysis of the Cairo Calendar mythological texts.
The Egyptian analysis of the day revealed that the periods of Algol (2.85 days) and the Moon (29.6 days) strongly regulate the actions of deities in this calendar.

“Until now, there were only conjectures that many of the mythological texts of the Cairo Calendar describe astronomical phenomena. We can now unambiguously ascertain that throughout the whole year the actions of many deities in the Cairo Calendar are connected to the regular changes of Algol and the Moon,” says Master of Science Sebastian Porceddu.
This research confirms that the first variable star, as well as its period, were discovered much earlier than was previously thought. These two “classical” milestones in the history of natural sciences need to be shifted three millennia backwards in time to 1244 — 1163 BC.
This also confirms the two “modern” astrophysical results reported by the Helsinki group in the year 2013: The first direct observation ever of the expected increase of Algol’s period and the accurate long–term estimate for the mass transfer in this binary system.
Many of the early peoples who studied the dome of the night sky were more appropriately “astrologers” than “astronomers” as we presently understand the difference between the two. They believed that the sky above them was a magnificently complex clock and that by examining that sky, they could understand momentous events. Is it pseudo-science? Some of it clearly is, but I’m not ready to denounce it completely.
The wise men who traveled from the East after they saw the “star” to visit the Christ child arrived as much as a year after the event and inquired of Herod where the new King was so that they could worship him. As soon as they left, Herod killed all male children under the age of 2 in Bethlehem, so Herod took them seriously.
Whether the new, so-called Christmas star, was a supernova in some far away place or whether it was a convergence in the heavens that astrologers believed, announced the birth, is something that others can fight over (like arguing how many angels can dance on the head of a pin).
The basic truth is that people thousands of years before the birth of Jesus Christ studied the heavens closely. As scientists paw over old texts they confirm this is true again and again. The accuracy of the Aztec calendar, the presence of water clocks in the ancient world, etc. demonstrate that they were not simply savages living in dirty huts.
As with all things that are related to faith, you will make of this what you will.