A Message for Sunday 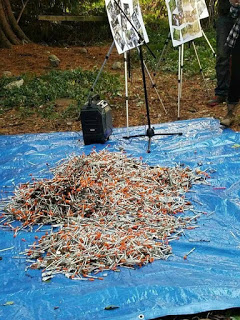 Facebook
Twitter
Pinterest
WhatsApp
This is your Sermonette
Let me explain how I view much of what the federal government is – because to me it is defined by its actions: If you bring too much liquid with you the TSA confiscates it, and throws it away in case its a bomb…into the garbage can next to where they are standing…next to all of the other possible bombs…in the area of the airport where there is the greatest concentration of people…because it might be a bomb.
It’s like the moron Democrats in Richmond, Virginia, many of whom appeared so proudly in black face or klan hoods only a couple of years ago.  For the past two hundred and forty-four years, Americans in the Old Dominion have kept firearms lawfully, under the terms of the US Constitution. 99.8% of those firearms were never used to commit a crime. And the legislature suddenly decides to ban them, makes preparations to do so and appropriates money to lock up citizens who don’t go along with the program. And they think that the citizens will go like cattle to the knacker’s shed. What could possibly go wrong?

In San Francisco, the syringes pictured (right) represent the clean up efforts in a single day. The syringes are legal and were distributed by the City and County of San Francisco. Plastic drinking straws are illegal.
Matthew, Chapter 13 –
24 He put another parable before them, saying, “The kingdom of heaven may be compared to a man who sowed good seed in his field,
25 but while his men were sleeping, his enemy came and sowed weeds among the wheat and went away.
26 So when the plants came up and bore grain, then the weeds appeared also.
27 And the servants of the master of the house came and said to him, ‘Master, did you not sow good seed in your field? How then does it have weeds?’
28 He said to them, ‘An enemy has done this.’ So the servants said to him, ‘Then do you want us to go and gather them?’
29 But he said, ‘No, lest in gathering the weeds you root up the wheat along with them.
30 Let both grow together until the harvest, and at harvest time I will tell the reapers, “Gather the weeds first and bind them in bundles to be burned, but gather the wheat into my barn.
I’m not predicting a reckoning, but there is a law of cause and effect.
Meanwhile in Iran 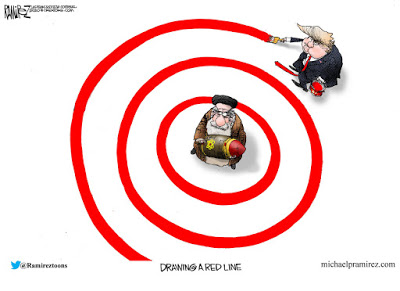 The demonstrations against the Ayatollah took place again, because there are good people there. They are not all bloodthirsty mullahs and their filthy minions.
President Trump tried to explain cause and effect to the Supreme Leader and it remains to be seen whether the old pervert listens or not.
Pelosi, Shifty and the Squad want plenty of notice before President Trump takes any actions. Do Americans stand with traitors or with the President? We shall see.
Maybe President Trump was kidding? Maybe he’s a feckless metrosexual fool like his predecessor? That’s a question that the Supreme Leader has to ask himself.
The difference between wheat and tares (weeds) is rather clear in our era isn’t it?