A Date that lives in Infamy 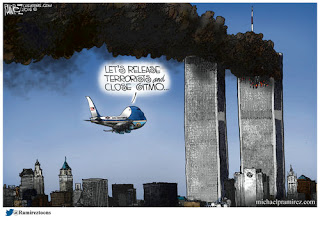 If you’ve served your country and disagree with the whole new world order moves by the incompetent, lying, candidate Clinton, you (along with me) are deplorable. I think that we’re particularly deplorable on September 11 because of what we represent…a love of the Republic, having sworn to support and defend the Constitution of the United States against ALL enemies, both foreign and domestic.

The attack on the World Trade Center and the Pentagon and the abortive attack on the White House  put September 11, 2001 on the map forever. On September 12, 2001, nobody would have guessed that an obscure mulatto huckster named Barack Hussein Obama would be elected to succeed George W. Bush. But America forgets, and the public is strongly swayed by emotional tides.

Today, I’m not going to engage in a polemic on the attack, the evil of Islam, and of continuing threats to America. If you read this blog, you’re up to speed.
America’s war on al-Qaeda went well and we won. They were all but gone and what remained, hid deep and ice surrounded their small hearts. It had absolutely nothing to do with the war that the Bush Administration pined and schemed for against Iraq. Osama bin Laden was as much a wanted man in Iraq as he was in the USA. There is often linkage between the two conflicts – one fought principally by the CIA and the other by Big Army (as opposed to special forces, which doesn’t work anything like Big Army).
In the end, Congress turned on the CIA (as one would expect) and savaged the case officers who won the war against the terrorists who attacked America and their support networks. No good deed goes unpunished. Hillary and the rest of the scum authorized aggressive measures and they claimed that they didn’t.

TODAY, The Obama CIA is a paper tiger in many respects. The current management, which includes relatives of mine, would take issue with that, but I call ’em the way that I see ’em.  Then again, the FBI has been revealed to be nothing but a pawn of the Democrat Party, and Hillary Clinton. I’m telling you, they sold their souls cheap. If I’d been negotiating with Hillary, I could have got a lot more than Comey (the Cur) did. (Am I beginning to sound like Trump?)

Perilous times are coming to us and we all have a duty to exert our energy to defend the cause of righteousness and the Constitution of the United States. You can cut that anyway that you’re able to, but in my case, that’s why I have this blog. If the death of a thousand cuts works, then I try to make my single cut as I’m able. 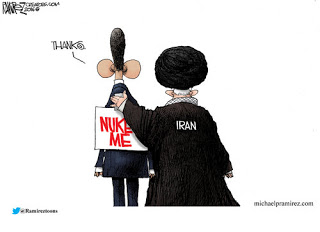 Barack Obama called for an end to the War on Terror and instituted a “foreign contingency operation” to deal with Islamic people, who he identified closely with. (recall his speech in Cairo) Eight years later it turned out to be a mixed bag of drone strikes in sovereign states, which made people mad at us, red lines that were drawn and vanished just as quickly and a lack of comprehensive guidance from the top. When he’s stressed, he smokes a joint or two or three. Such is America in the era of the Kardashians and the Real Housewives of wherever.
To those who died in the War on Terror either as innocent victims of circumstance or as warriors engaged in protecting and defending, rest in peace. As President Lincoln put it on November 19, 1863, “— It is for us the living, rather, to be dedicated here to the unfinished work which they who fought here have thus far so nobly advanced. It is rather for us to be here dedicated to the great task remaining before us — that from these honored dead we take increased devotion to that cause for which they gave the last full measure of devotion — that we here highly resolve that these dead shall not have died in vain — that this nation, under God, shall have a new birth of freedom — and that government of the people, by the people, for the people, shall not perish from the earth.“