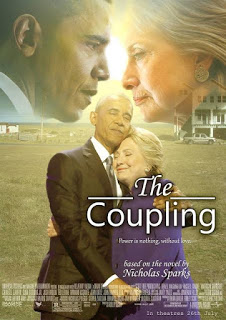 Facebook
Twitter
Pinterest
WhatsApp
A European Army?
There is talk in European capitals about how Europe needs “strategic autonomy.” And the solution seems to be a species of vanity project without substance. The British have said “no” and passed on the suggestion while they are now planning to spend 2% GDP on defense as specified by NATO.
The only external threats to Europe’s peace, prosperity and stability: Russian mischief and the Middle Eastern rot, dancing across European borders in the form of millions of military age Mohammedan males. It’s an external threat, but Europe (not Eastern Europe) has welcomed the invaders/refugees with open arms and gave them free stuff in the hopes that it would all work out.
There is also the problem of Iran and Europe’s energy needs. The Europeans don’t seem to be able to work out the metrics on that one. Buying oil and energy from Russia (a threat of sorts) on one hand and the Middle East, on the other, to keep the ball rolling, doesn’t portend well. Norway is oil independent, but that doesn’t translate to other European nations. France runs on 80% nuclear energy, but they get their uranium from Africa, and while they’ve kept the supply, it’s …in Africa.
The best hope for European security into the future is a transatlantic solution that works for everyone.
Bilateral trade between the US and Britain will soon become a reality as the old allies renew their special relationship on an even deeper level. There is a lesson for Europe in this – if they’re willing to listen.

Will Hillary and Barack form a Dream Team?

Naturally it would backfire and usher in the Trump Dynasty. When The Donald dies, it would likely be Ivanka Trump and so forth.

Fredd Said: Once you get a little bit of freedom, you want lots more of it. Things will not get easier for Beijing in trying to sprinkle a little freedom here and there. Freedom is like crack cocaine: once you try a little, Katy bar the door…

And occasionally, if one looks at history, they fire the shot, heard round the world and the ungrateful oligarchs need to start killing people and creating martyrs. Civil wars are messy, expensive and the other colonies who didn’t trust you, REALLY don’t trust you.

Hong Kong was free for 97 years, and the place is a cash cow for the PRC. They should just suck up the taxes and leave everyone alone. But governments don’t like to do that, and that goes double for communists.

LSP Responds: Good advice — fix the PRC. I’d imagine the mandarins have their hands full on that score.

You know, they actually are trying, LSP, but they like to fiddle with the switches like a monkey, looking for the one that will dispense the banana. Power is like that, you often do it because you can. You jumped on that half wild Arab woman because you could  (at least I hope that it was a woman) and she threw you like a judo master —- because she could.

WSF Suggests: There is always the invasion of Formosa to distract the population.

They have the plans all fleshed out. But I think that they want to complete the Belt Road Initiative first. The Chinese are bad neighbors, and since they are celestials, every idea they have, no matter how outrageous, is correct. It’s great being a Mandarin until it all falls apart.

Old NFO postulates: Their ‘probable’ response is going to be ‘quietly’ stacking bodies. If that doesn’t work, they will do so loudly

They aren’t afraid to break a few eggs to make an omelet.

LindaG states: God’s will be done in Hong Kong.

As always. However the human suffering done along the way is best minimized.

Pajama Party at the White Wolf Mine

My granddaughters, 10, 6 and 2 are visiting the mine this week. Tomorrow, we’re going to the Mogollon Rim in the Toyota FJ, and then I have a Commission meeting at the Blue Ridge Fire Department in the afternoon to deal with a minor crisis. But tonight, the girls are in the living room, having roasted marshmallows and constructed ‘smores’, and they’re watching Disney films on the TV. Yes, that’s how it is. Family – family – family.