Thoughts for a Wednesday

Facebook
Twitter
Pinterest
WhatsApp
Ancient Observatories
Some Ancient Alien theorists believe that the ancient temple (constructed 12,000 years ago) was built by space aliens because construction of Göbekli Tepe (in Turkey) is such that the manpower, engineering and project management should not have been possible twelve thousand years ago. The quality of art on the stone structures is also way ahead of its time.

Alien theorists say that Göbekli Tepe was built during, or before, the last ice age ended. How could hunter gatherers with food shortages at the time build Göbekli Tepe?
Monte Verde, in Chile, is even older at 16,500 BC, but it doesn’t boast the construction marvels that the ancient Turkish temple does.
Because I am an Ancient Alien skeptic, I think that people sell mankind short. When you look at a lot of ancient relics including water clocks and similar machines that were crafted “before there were clocks”, it’s not inconceivable that Göbekli Tepe, the pyramids at Giza, etc. were constructed without flying saucers being present. 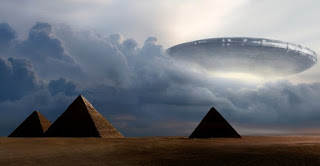 The remarkably clear skies (particularly during the cold winter and long nights) in the Arizona Highlands harken back (for me) to a time when human beings looked up, a lot, and tried to make sense of what they saw. The sky (among other things) is a huge clock. And even though we have 500 television channels to browse, they derived wonder and awe from the sky. Often they built structures (such as Stonehenge or Chichen Itza) in an attempt to make sense of what they saw. Such a structural reference is evidenced at Göbekli Tepe.

FISA Abuse
The Foreign Intelligence Surveillance Act was ill conceived because it made the abuses perpetrated by the FBI that we have seen recently brought to light. The question of whether wicked foreigners are more dangerous to the republic than the FBI (and the ‘insurance policy’ they created against a duly elected president) is can be fairly asked. Now the FISA court itself, hoodwinked by the FBI, is pushing back. (more here)

“The frequency with which representations made by FBI personnel turned out to be unsupported or contradicted by information in their possession, and with which they withheld information detrimental to their case, calls into question whether information contained in other FBI applications is reliable,” wrote the FISA court.

With this sort of conduct being commonplace apparently, can the country trust anything that the FBI is doing to be free from corrupt influences generated by bias within the agency?

When the FISA courts were set up many years ago, many of us (including those of us in the prosecutorial end of the business – I worked for the Orange County CA District Attorney at the time) warned that the proper functioning of the system within its legal limits required the utmost honesty and ethical behavior of those involved in bringing matters before the courts, because the ability to supervise and insure the integrity of the system was impossible to monitor from the outside. Think about this; if Senator/SECSTATE Clinton had won the election, we never would have discovered the malfeasance and (basically dishonest) “missteps” involved in this particular case. Given the actions discovered in this matter, you have to wonder whether or not other investigations suffered from the same or worse “sloppiness”.

What might future scientists learn about you if you spit it out? (link)