The Obama Administration and a War in Syria 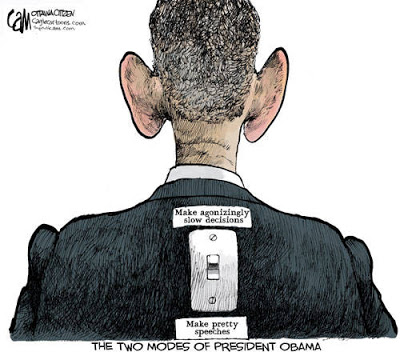 I’m very disappointed in the haphazard approach that USGOV has taken in this Syrian situation because they know better. It may simply be due to bad leadership — or worse, to leadership with an agenda not in keeping with truthfulness.
The Obama Administration’s record of lying about — almost everything, presents a very disturbing pattern that can’t be discounted. More so if those lies will be used to lead America into an ill conceived war with unspecified aims, and no endgame in mind other than “teach Syria a lesson”.
There are four reports issued by different countries on the use of poison gas in Syria. The USA, France, the UK and Russia each have issued a report. The three western nations present very circumstantial evidence that is unconvincing. They are not intelligence appraisals and contain contradictory evidence that damages their case every bit as much as it supports it. Those reports were written for the purpose of national advocacy.
The UN report has not been released yet. A prior UN report found that the Syrian opposition used gas in July 2012, precisely as described by the Russians in their report, set forth below.

“Text of “Commentary by the Information and Press Department of the Russian Ministry of Foreign Affairs in connection with the situation concerning the investigations into the use of chemical weapons in Syria” by the Russian Ministry of Foreign Affairs website on 4 September 2013“
“We note a massive injection into the information space of material of different kind with a view to make official Damascus responsible for a possible use of chemical weapons in Syria even before the publication of the results of the UN investigation. “Groundwork” is thus being prepared for the use of force against it. In view of this, we deem it permissible to share the main findings of the Russian analysis of the samples collected at the site of the incident involving the use of toxic warfare substances in Aleppo’s Khan al-Assal suburb.”
“We recall that that the tragedy, which killed 26 civilians and Syrian army servicemen and left 86 people with injuries of varying severity, took place on 19 March of this year. The results of the analysis of samples carried out by a Russian laboratory certified by the Organization for the Prohibition of Chemical Weapons at the request of the Syrian authorities were on 9 July handed over to the UN secretary-general due to the Syrian authorities’ request for him to conduct an independent investigation into that incident. The Russian specialists’ main findings are as follows:
– the used piece of ammunition was not a standard issue piece of Syrian army ammunition but a crudely produced one whose type and parameters were similar to those of the unguided rockets produced in Syria’s north by the so-called Bashair al-Nasr brigade;
– hexogen, which is not used in standard chemical munitions, was used as the charge to detonate the round;
– non-industrially synthesized nerve agent Sarin and diisopropylfluorophosphate, which Western countries used for chemical weapons purposes in World War II years, were found in round and soil samples.”
“We stress that the Russian report is extremely specific. It represents a 100-page scientific-technical document with numerous tables and diagrams reflecting a spectral analysis of samples. We hope that it will be of significant help in the UN’s investigation into this incident. Unfortunately, effectively it has not started yet.”
“The attention of those who wittingly, and always, seek to place all responsibility for the developments on the Syrian Arab Republic’s official authorities has fully shifted to the events in eastern Al-Ghutah. However, in this respect too there is “selectiveness coupled with a shortcoming”. Specifically, attempts to forget the data about the exposure of Syrian army servicemen to toxic agents during the discovery on the outskirts of the Syrian capital of materials, equipment and containers with traces of Sarin on 22, 24 and 25 August supplied by official Damascus to the UN are evident. As is known, the condition of the injured servicemen was examined by members of the group of UN experts headed by A. Sellstrom. It is clear that any objective investigation into the 21 August incident in eastern Ghutah is impossible unless these circumstances are taken into account.”
“In view of the above, we welcome the statement by the UN Secretary-General Ban Ki-moon that the A. Sellstrom group intends to go back to Syria in the near future to continue its work, including in the Khan al-Assal area.”

The USGOV assessment on Syria is not holding up well. Today, the US admitted that US intelligence did not have intelligence about Syrian Arab Army preparations before the attack on 21 August. That flatly contradicts testimony presented to Congress this week. 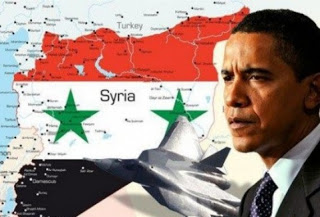 The Daily Caller published an uncorroborated report that Egyptian intelligence reported the Syrian opposition advised its members of an event on 21 August that would bring the US into the Syrian conflict. No agency has provided an analysis of this report, which might not be true, but also might be highly relevant. They also published excerpts of signals intercepts that provide an alternative to the US assessment of panicky calls to a chemical warfare unit asking about the 21 August attack. The alternative reporting is that a General Staff officer asked a rocket unit commander in a brigade of the 4th Armored Division whether he had launched an attack against specific orders.
Were the radio intercepts (SIGINT) that the Obama Administration presented to Congress cherry picked?  Were messages taken out of context? Did Congress ever receive the RAW INFORMATION so that they could decide for themselves what the Syrians were saying to each other? The answer to that last question is “no”.
Why is USGOV so intent on aiding al Qaeda? What did the Benghazi massacre have to do with the present situation in Syria? Should former Secretary of State Hillary Clinton be put under oath and testify? Don’t hold your breath on that last one. The Democratic Party is grooming her for the presidency.