Wouldn’t it work better if both the US Government and the Taliban simply contracted with the Afghan National Army to do all of the fighting? The Duffle Blog poked fun at the situation, but it’s a grim reminder of the wasted American lives in Afghanistan.

KANDAHAR, AFGHANISTAN — Controversy engulfed both U.S. Cental Command (CENTCOM) and the Taliban on Saturday, when both were revealed to be outsourcing combat operations to the Afghan National Army (ANA).

At CENTCOM, lawyers were busy reviewing contracts with the ANA and proposing changes to ensure a firewall between ANA operations conducted at U.S. taxpayer expense and those done on behalf of the Taliban.

“In principle, there’s nothing wrong with the ANA accepting contracts from other parties,” Press Secretary Jay Carney asserted at a press conference late last week. “But there have to be protections and internal controls to avoid conflicts of interest for all parties.” (h/t Duffle Blog)

A Challenge for Liberals 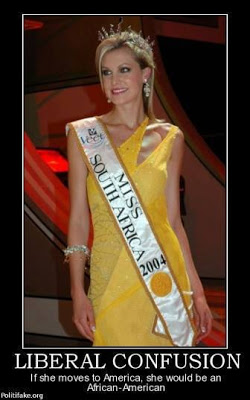 Isn’t it appropriate that one year to the day following the Benghazi Massacre that she presided over that Hillary (What does it matter?) Clinton will be receiving the National Liberty Medal?

Clinton will receive the medal in a Sept. 10 ceremony at the National Constitution Center in Philadelphia.
“The Liberty Medal recognizes individuals who have furthered the ideals of freedom, democracy, and equality, often against great odds,” said Jeffrey Rosen, National Constitution Center president and CEO. “Hillary Clinton has devoted her life to expanding opportunities for `We the People’ not just in this country but around the globe.”

If anyone is emblematic of the Obama Administration, it is Secretary of State Hillary Clinton. She deserves the Liberty Medal every bit as much as her boss, Barack Obama deserved the Nobel Peace Prize.

The War on Fountain Drinks
“I reject your reality and substitute my own.”

The American Medical Association has officially classified obesity as a disease, thus opening the door to government regulation to protect you from yourself. Mayor Bloomberg may have fired the first shot in New York City, but the regulations are still being formulated on a federal level.

The details haven’t been rolled out under ObamaCare because the ObamaCare program is floundering. And the unpopularity of that bit of legislation crafted to give the Federal Government control over 20% of the US economy is restraining the feds from trotting out new regulations that will tell you what, when and how much you should eat.
Because you’d never take the fork out of your mouth unless big government was there to tell you to do it.

Amnesty without a Secure Border?

For the sake of a few votes in the next election?

How Lazy Can You Get?

The National Security Agency cracks cyphers, but they’re too lazy to crack my Internet user password? What is the world coming to?

(CNET) The U.S. government has demanded that major Internet companies divulge users’ stored passwords, according to two industry sources familiar with these orders, which represent an escalation in surveillance techniques that has not previously been disclosed.

If the government is able to determine a person’s password, which is typically stored in encrypted form, the credential could be used to log in to an account to peruse confidential correspondence or even impersonate the user. Obtaining it also would aid in deciphering encrypted devices in situations where passwords are reused.

Happy days might here again!             some day
Yes, it’s another “Summer of Recovery” and President Obama is rolling out yet another vision to address the economic malaise that continues to grip the nation. The US may soon become the world’s largest gas and oil producer. Food exports are booming as never before. American brands from iPhones and Starbucks to Google and Twitter flood the world. The US is poised on the brink of a national economic recovery but it won’t happen while the Utopian Socialist is in the White House. It goes against the grain of Barack Obama to see the US in the front of the line.

An Ode to Texas Weddings

There is love and then there is everlasting love.

That groom wears camo & cowboy boots and everyone is fine with that.