Opiate of the Persian Masses? 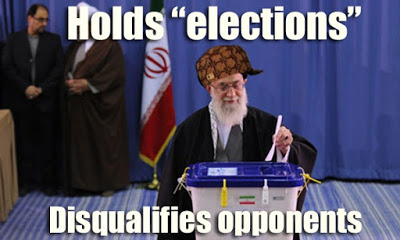 Facebook
Twitter
Pinterest
WhatsApp
Protests against a seriously flawed religious thugocracy in Iran have continued for a sixth day. The government insists that the situation is under control, but news services reported that demonstrations and protests have occurred in more than 40 cities and towns. The death toll from clashes with police is now at least 23, including a few policemen.
The government has decided to blame foreign meddlers for the disturbances. Supreme Leader Ayatollah Khamenei said Iran’s enemies had closed ranks to make problems for the Islamic system. He said they were using money, weapons, politics and security agencies to foment the protests.

Ayatollah Khamenei has been held up as a modern day “Sith Lord”. I think that the comparison works…except he’s not nearly that cool.

The secretary of the Supreme National Security Council, Rear Admiral Ali Shamkani, charged that the US, UK and Saudi Arabia were using the protests in a proxy struggle against Iran. “Saudis are part of a network who have launched a war against Iran on the Internet.”
Shamkani also threatened the Saudis with “a proper response” and said, “Iran’s sensitivity to the Saudi interference is more than its sensitivity to the US’ and Donald Trump’s.”
Shamkani echoed the Deputy Interior Minister who said the protests had been contained and would end in the next few days. But covering a boiling pot with a heavier lid usually does not work and that’s what Iran plans to do.
The depth of discontent and hardship in the lower classes of Iranian society appears to have escaped the notice of the extensive security apparatus. The demonstrations caught the leadership by surprise.
Several news outlets pointed out that the numbers of demonstrators are not as large as during the 2009 demonstrations, but the dispersion is far greater. In 2009, large crowds gathered and rioted in Tehran, but not outside the capital. 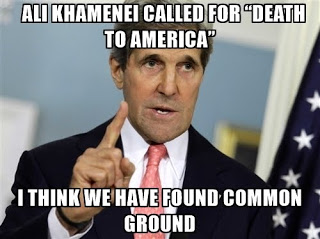 Several news services have published a “measles map” that shows all the towns that have reported demonstrations. There is a question of how many cities has experienced civil disorders. The number varies between 23 and over 40. Iran is ruled by God…or so the Ayatollah Khamenei would explain to you. He’s the only source of truth as God’s mouthpiece. Yes, isn’t that convenient.
The countryside supposedly is the conservative, devout political base of the clerics in Tehran. The base, or at least a significant portion of it, has rebelled. The clerisy faces a significant challenge in responding to unrest that literally is nationwide.
The demonstrations show several conditions that should bother the clerics. First, they show that the leaders are out of touch with the people in general. Iran has a youthful population that considers itself as sophisticated as Europeans. It is governed by old men who are religious zealots.
This contradiction has festered and worsened since 1979. The second and third generations of Iranians raised after the revolution lack the religious fervor of their forebears and expect promises of a better life to be kept now, rather than in an afterlife.
Second, the leaders have failed to appreciate the negative impact their policies and practices have had on the less fortunate in the economy and the unemployed young people.
Finally, the demonstrators have exposed serious and possibly exploitable weaknesses in the social contract between the people and the government. Iranian leaders have boasted of the essential success of their experiment in theocracy and worked to present a homogenous image of Iranians supporting the clerics.
The intelligence services of Sunni Arab states have seen cracks in the armor. The demonstrations will subside, but the underlying discontent will remain.