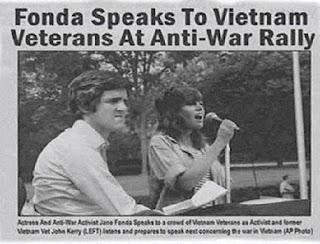 Facebook
Twitter
Pinterest
WhatsApp
John Kerry is keeping up his junket from place to place on George Soros’ dime, violating the Logan Act and giving aid and comfort to Iran.
John Kerry, one of several architects of the Iran Nuclear Deal started life as a traitor. Should we expect different conduct from him now?
Kerry is that one constant – with a record of being wrong all of the time, well exceeding that of a stopped clock. Some of you have said he looks like Srankenstein’s monster. Others call him “Old Woodenhead”. I simply call him traitor.
You’d think that George Soros, Kerry’s master and a Jew, would not want to see Iran nuke Israel as they’ve solemnly promised. Then again, Soros fought with the Nazis during World War 2. So it seems that he’s able to make common cause with Kerry. They would seem to understand each other. 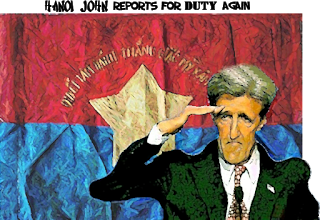