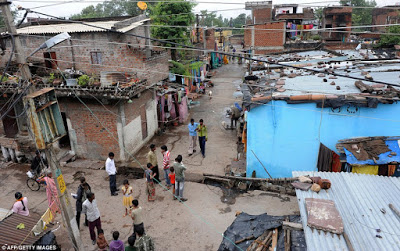 Some of you who read this blog have commented that you are interested in current events in Mexico. Because of that, I’m giving you a brief update from my perspective.
There will be riots and demonstrations again in Mexico today. It will be bad in Tijuana. It’s been bad enough lately that the USGOV has shut down the border crossing points from time to time. There is talk about the people taking over city hall in Tijuana today and I expect that you’ll see that happen.
The mainstream media is focused on who designed Melania Trump’s dress and how the designer needs to be punished socially, on how they really don’t like that Donald Trump took the office and is now President, and how to get Hillary to take his place. But the situation in Mexico is dire in many parts of the country.
Gasoline
For a very long time (Petróleos Mexicanos) PEMEX , the Mexican national petroleum company explored, drilled, pumped and refined its own oil, providing the public with lower priced gasoline that still returned a profit to the State.
The Mexican drug cartels, most particularly Cártel de Jalisco Nueva Generación (CJNG), have laid pipes, tapping into PEMEX facilities and literally fill their own fuel trucks within sight of the PEMEX refineries. If anyone complains or the police get involved, they are murdered. Thus the cartels make billions of dollars by selling black market gasoline.

For the record, most drug cartels make more money on other businesses than they do on the drug trade. Some of those businesses are “legitimate”, some as with fuel thefts, are not.

The U.S. private equity fund KKR and Mexico’s Pemex concluded a $1.2 billion sale and leaseback agreement earlier this year. Pemex sold some of its infrastructure assets to the fund, but will continue to operate and maintain them for 15 years and pay rent to KKR.
What all this means is that gasoline south of the Border has risen to US$4.00+ per gallon. While that number makes eyebrows raise if it’s in the USA, you need to remember that a good living family wage across the border in Tijuana, Mexico is US$200/week. Thus, filling your car’s tank will cost you 25% of your take-home.
The Wall
The Border Wall is coming and it’s going to work. Mexico will pay for the wall. Thus, Mexican families south of the wall won’t be able to rely on illegal aliens running north to work and send money south. Mexico takes in about $2 billion a month in remittances. The Bank of Mexico tracks how much the country receives in remittances on a monthly basis. In 2015, Mexico took in nearly $25 billion in total. Mexicans are concerned.
Peace Offering and NAFTA
Mexico (somewhat suddenly) extradited Drug Kingpin Chapo Guzman to the US for President Trump’s inauguration. They did this to curry favor, hoping to show that their heart is in the right place with the upcoming NAFTA renegotiation.
80% of all Mexican exports go to the USA, and Mexico is America’s largest trading partner. There was a huge sucking sound when President Slick Willy (Bill) Clinton signed NAFTA, with jobs and money flowing to Mexico. Now, Mexico is very concerned that the sucking sound will be heard going in the other direction.
The exchange rate was 17 pesos to the dollar last year at this time. Today it’s 22 pesos to the dollar, and Mexico has moved hard to keep it at that rate. Without MEXGOV intervention it would be much worse.