The Obama Legacy – Yes, I know, there’s not much of one beside the re-armament of the American public. He will leave office with a heavily armed and equipped populace, that is roughly the equivalent of a seventy-five million person standing (irregular) army who brings their own kit to the fight. The combination of an armed populace and a large cadre of former combat veterans for the past twenty years of near constant war, is not a small thing to leave behind. 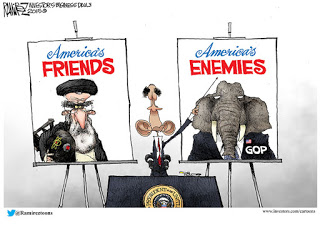 A lasting legacy is what he’s shooting for. That and putting Biden into office so he can have what will constructively amount to a third term in office while Ms. Hillary obliges him by denying, obfuscating and lying as her pre-Ohio caucus poll numbers tank. Obama will whip her again as she waddles off into the sunset wearing her pantsuit, holding Huma’s hand.
The recent re-naming of Mt. McKinley to Mt. Denali (possibly named for his favorite SUV?) is one of those legacy moves. There will be more. He’ll want a Barack Hussein Obama mosque – maybe the “national mosque”. You know that’s coming. 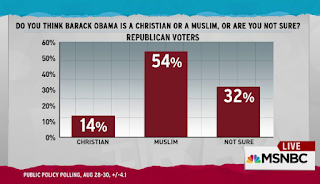 The love affair that Barack – and friends – has with Iran won’t be nearly as much of a legacy as the great divider hopes that it will be. I don’t even know if it will last long enough for him to put up the exhibit in his one-billion dollar presidential library in Chicago.

I believe that history will treat President Obama harshly. The book, Barack Obama, Son of Promise, Child of Hope, ghost written by Weather Underground terrorist Bill Ayers, the author painted the president as a uniter. Nothing has been further from the truth as we see more racial division now than we have seen since the 1960’s. Dr. Ben Carson and others like him may be the curative influence that the nation needs irrespective of how the next election turns out, but Obama has been nothing but a train wreck as the Black Community is much worse off for his eight year tenure in the White House.
America has racked up 11 trillion dollars in debt for the Obama Years with absolutely NOTHING to show for it. It’s the socialist way, and we are in danger of running out of “other people’s money”. If there is any anchor (other than anchor babies) that will weigh down his legacy, it will be that one.
Rabid Socialist and Environmental Maven, George Soros recently decided to buy Coal. Peabody and Arch Coal had been trading for $90/share until the Obama Administration declared that it would shut down all coal-fired power generation plants.

(Fox News) Soros, who has demonized fossil fuels for years through his think tanks and political contributions, recently snapped up 1 million shares of Peabody and half a million shares of Arch Coal, giving him significant stakes in what’s left of the U.S. coal industry. His company purchased 553,200 shares of Arch Coal for $188,000 and made an investment of $2,254,000 into Peabody Energy for 1,029,400 shares.
The trades would have cost Soros a lot more six years ago, when Peabody, which trades under the symbol BTU, was at about $90 a share, but shares have now fallen to around $1.

The 85-year-old former Nazi and hedge fund manager is the 19th wealthiest person in the U.S. with a net worth of $24.2 billion.

I think that Soros believes that the next US President will be a Republican and that the next leader of the free world will return coal’s status to one of function. (Coal gasification plants are very clean, but the environmental lobby hates them all the same) George Soros may be a repellant cur, but he is not in the business of losing money.
ESPN commentator and former baseball star, Curt Schilling was suspended by the network for a tweet: “It’s said that only 5-10% of Muslims are extremists. In 1940, only 7% of Germans were Nazis. How’d that go?”

ESPN didn’t say that Schilling lied. They simply didn’t like what he had to say.