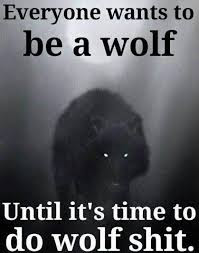 Facebook
Twitter
Pinterest
WhatsApp
Berlin truck jihadi who smashed through a Christmas market, killing 9 and wounding 50, was found to be a Pakistani Muslim who entered Germany as refugee. And while you register shock that somebody who was part of the religion of peace would do that, let me suggest that German friends of mine who called me from there soon after the attack, are getting very tired of the refugees. It’s not safe for women to go out — anywhere because of aggressive (unemployed – on the govt. dole) military age Muslim males who attack them.
I’m not suggesting that Germany will follow Britain, Austria, Italy and the US in selecting a new leader who will put an end to the BS, but they’re tired of the human lice who have infested their nation.

There is a way to deal with jihadis, and it’s either to restrict them to the hell holes they call home or to kill them if they leave. And if that sounds a bit on the harsh side, too bad. Barack says that if we kill all jihadis, we will create more jihadis. My answer: Good, more targets. Eventually they will run out – likely before we run out of bullets. Strip their nations of oil to pay for war reparations.
Barack and his progs have been reluctant to do much of anything because of a soft spot in their hearts for Muslim jihadis. I don’t think that the Russians see things the same way that the jihadis do. After the assassination of their ambassador in Turkey yesterday, the game just becomes more earnest to them.
The Trump Doctrine will be to eradicate them with extreme prejudice no matter where they hide. That will likely be criticized by the NY Times, the Washington Post and the rest of the corrupt, elite media. Barack, as a talking head on MSNBC will be critical too.

I had a very different military experience from that which most people are familiar with. It’s not a bad thing, just a different thing. In the navy I was supercargo instead of crew and on the battlefield, almost everything I did was with a handful of brothers – or fewer. It offers a different perspective and the experience lends itself to confidence without having a large logistics train in tow. Therefore my frame of reference is not to Big Navy or Big Army or the Green Marine Machine. Marines, even force recon Marines, are still Marines and while that’s a good thing, it often stifles experimentation and instant exploitation of opportunities. I believe that we need to foster that way of thinking in the future and let slip the dogs of war with few restrictions on the rules of engagement. It’s the only way that I know of to eliminate the threat wherever it exists on the planet. And if a few eggs are broken making the omelet, so be it. Too bad/so sad. However the rules need to be changed regarding “human rights abuses” where terrorists are involved. People will die hard and that offends so many tender feelings in the press and elsewhere.

More on the Trump Doctrine: “Our hearts and prayers are with the loved ones of the victims of today’s horrifying terror attack in Berlin. Innocent civilians were murdered in the streets as they prepared to celebrate the Christmas holiday. Isis and other Islamist terrorists continually slaughter Christians in their communities and places of worship as part of their global jihad.”

“These terrorists and their regional and worldwide networks must be eradicated from the face of the earth, a mission we will carry out with all freedom-loving partners.” “The civilized world must change their thinking.”