Zones of Convergence and Energy Vortexes in the Western US 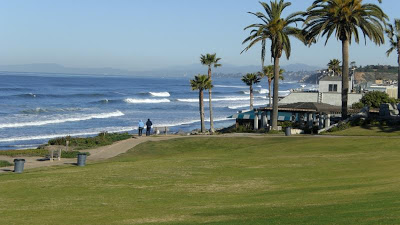 Facebook
Twitter
Pinterest
WhatsApp
I have no idea what a zone of convergence is. The concept of an energy vortex plays well on Star Trek and in many SciFi novels, but do they exist on Earth? Many ‘new age’ types have weird concepts that fit comfortably within the realm of pseudoscience.
Where do you find these sacred zones of convergence in the Western United States?
Del Mar, California — residents referred to as “DelMartians” by the locals who live beyond the boundaries of the DelMar energy vortex.

Del Mar is haunted by new age notables such as washed up actress, Shirley McLane, and relatives of King Abdullah (Saudi Arabia). I’ve asked people such as these, “What was the nature of Del Mar zone of convergence?” This is the answer:

Earth has begun slipping out of its “time beam” and risks spinning off into space. Only through the concerted, psychic efforts of the human race can it remain where it is at the moment. In Del Mar there has been a great increase in the experience of deja vu and UFO sightings. If enough people would simply gather at sacred places around the globe (such as near Del Mar — these people don’t want a great hoard of poor people or “ghetto types” to invade their mansions and estates or live on their yachts) and concentrate enough, the New Age could begin in ernest, the Earth would remain safe and a new era of harmony and love would be inaugurated. (In the 1960’s, made famous by Fifth Dimension in the “Age of Aquarius“)

Sedona, Arizona — called “Sodonites” by the great unwashed who live beyond the Sodona Zone of Convergence.

(About.com)”In Sedona vortexes are created, not by wind or water, but from spiraling spiritual energy. The vortexes of Sedona are named because they are believed to be spiritual locations where the energy is right to facilitate prayer, mediation and healing. Vortex sites are believed to be locations having energy flow that exists on multiple dimensions. The energy of the vortexes interacts with a person’s inner self. It is not easily explained. Obviously it must be experienced.” You can take a tour of the Sedona Vortexes.

Telluride, Colorado — I call them hippies or “flamers”, but you can call them whatever you want. They don’t care.

Telluride began its life as a very rough mining town in the Colorado Rockies, taken from the phrase “To Hell You Ride”. As it turns out, there was gold there BECAUSE of the energy vortexes that seem to attract precious metal. Today you can spend your hard earned precious metal there for, “Inner peace and quietude, enjoying clarity of mind and a renewed spirit.” For just a thousand or two more you can add an eighty-eight minute (because the number 88 is sacred) transformational healing session, eighty-eight minute therapeutic massage with happy ending, eighty-eight minute YiN Yoga Class and infrared Sauna. There are also ion foot cleanings, juicing/detoxification, health therapies, meditation and herbal teas imported from somewhere other than Telluride.

There is one really strange thing about Telluride. They sell rocks there, but I have yet to hear one of the hawkers claim that they’re sacred. What’s with that? Maybe the vortex isn’t as strong here?  The mountain pictured above features “Black Bear Pass”. I’ve driven my 4×4 down Black Bear Pass — and that could well have ended the mojo that the place enjoyed for so long.