You asked for Maps 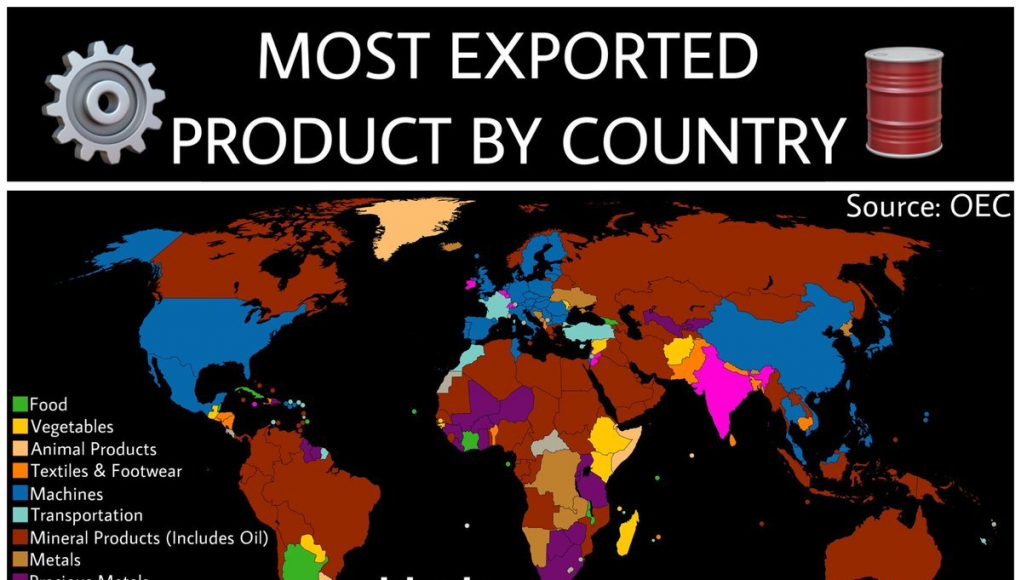 At Virtual Mirage, we bend to the demands of those who visit the blog more often than you’d think. You want more maps, you get more maps. It’s just that simple.

Don’t blame me (totally), look inwardly, or outwardly, toward those who insist on a map blog. You know who you are. 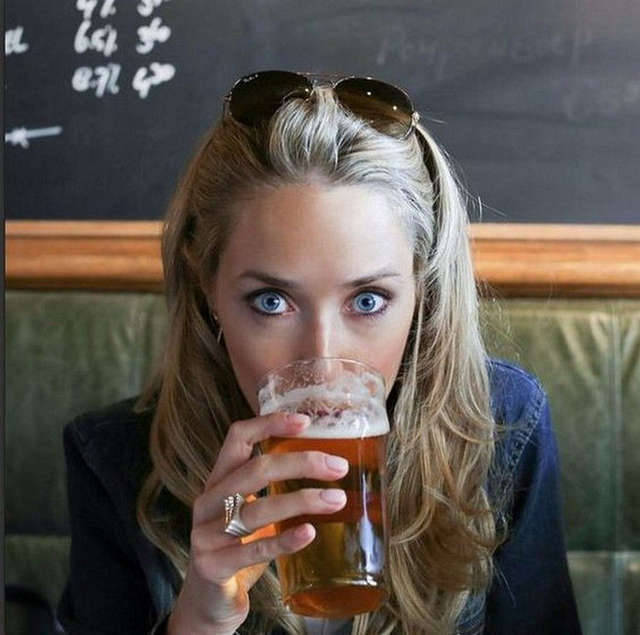 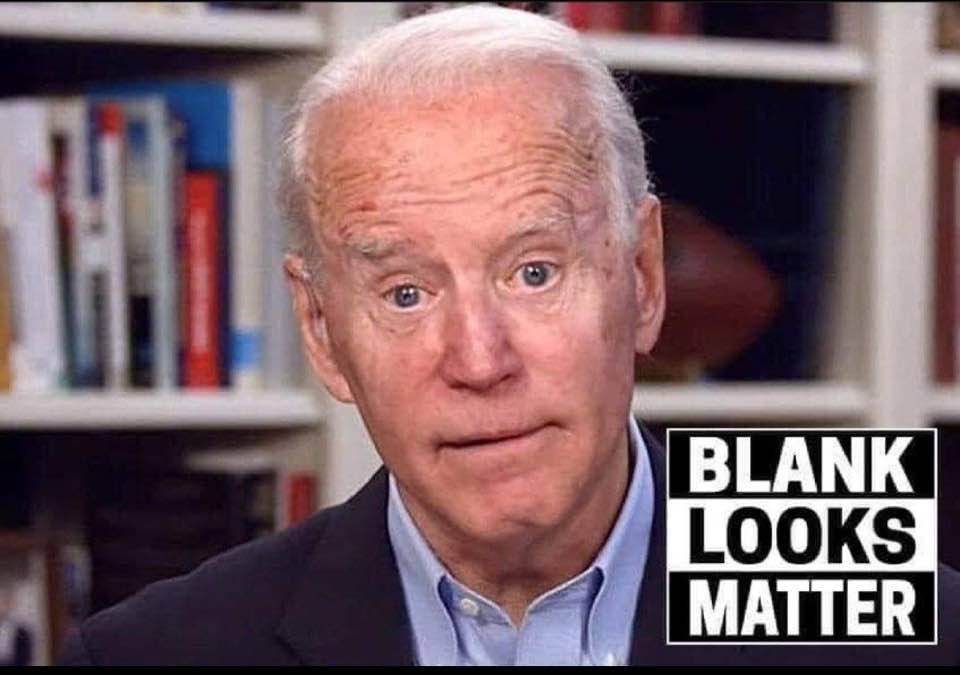 He terrified Corn Pop. Or was it popcorn?

In any event, it’s something to tacobout. 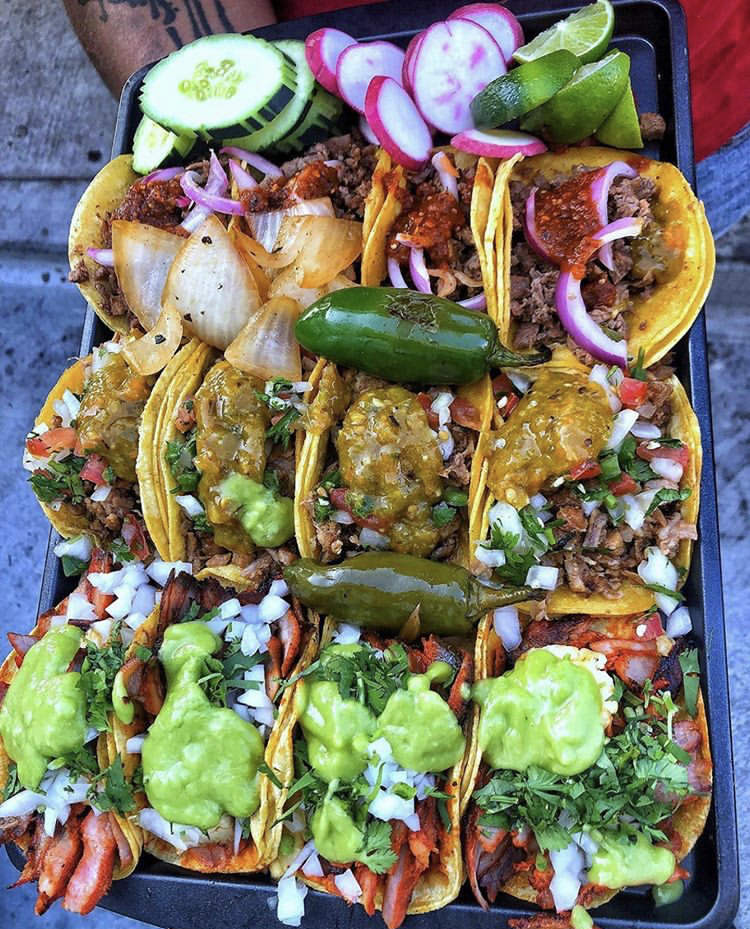 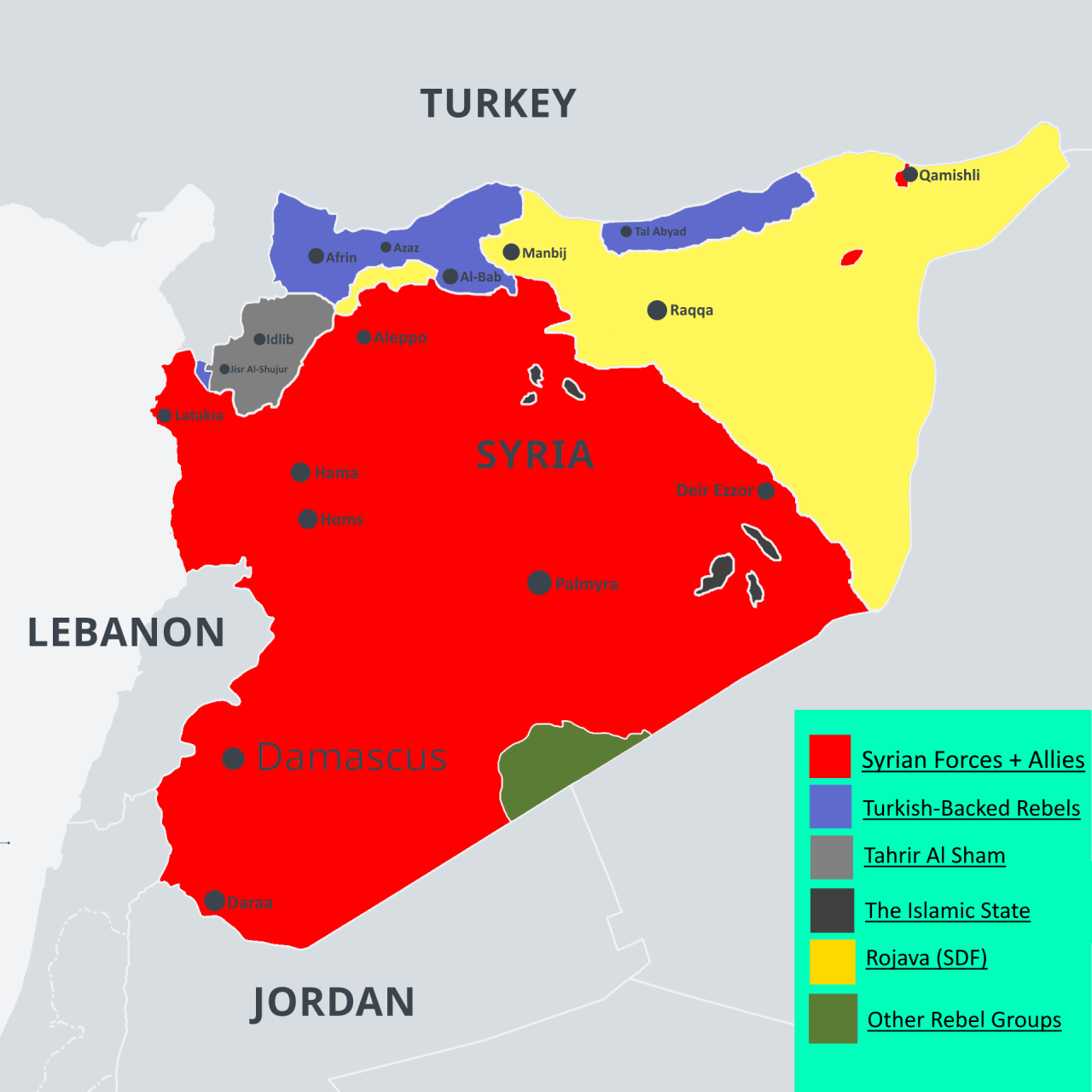 The Turks remain committed to retaining the territory that they seized by force.  Early in the conflict, they were going to march to Damascus and sort the place out, but the equipment losses, the expense involved and the lack of actual value they would garner, now owning the Syrian mess, has left them clinging to their turf as the Kurds continue to bleed them white. If you’re a Turk, you won’t like the way I characterized things, but I call them as I see them.

The Russians dipped their toe in the water too and didn’t find it very inviting.

ALL of the USA 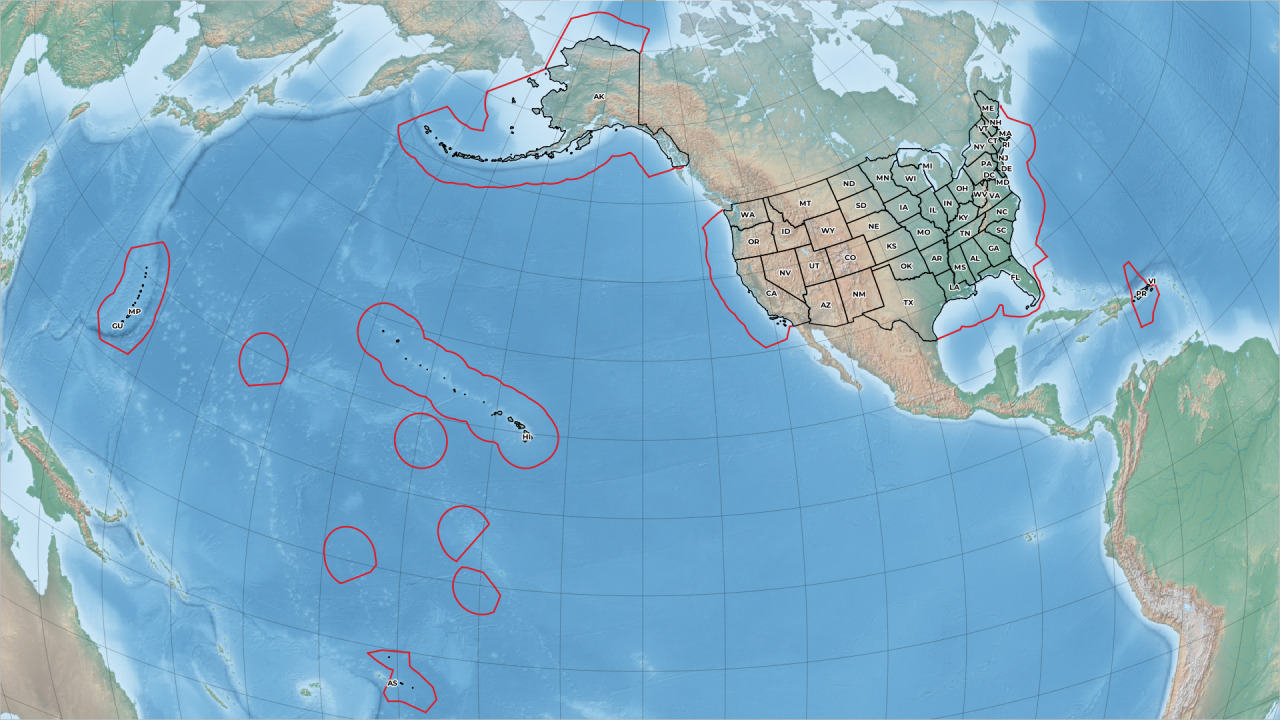 Sometimes US territorial holdings in the Pacific are under-appreciated. 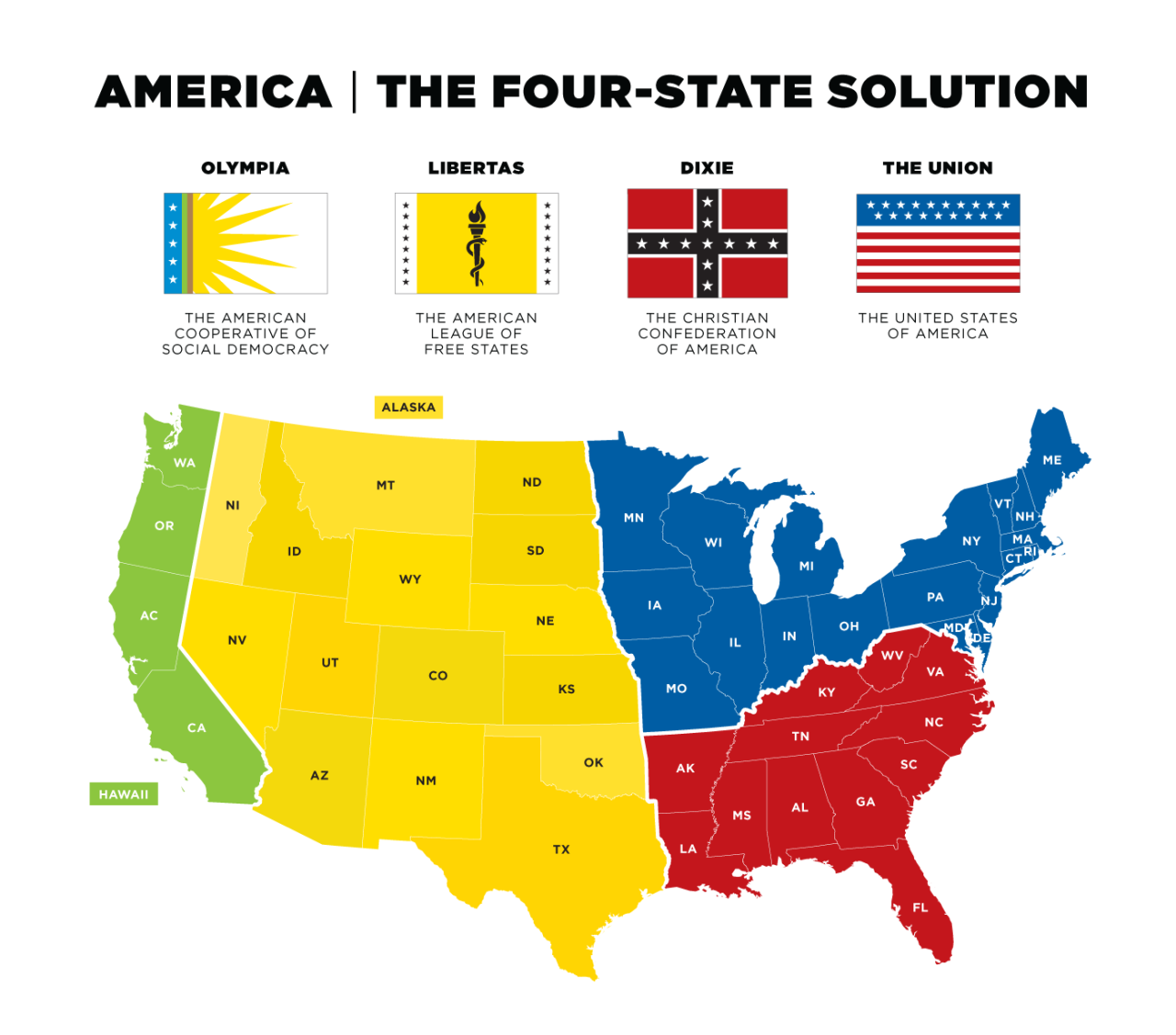 Four state solution for US, based on political ideology. It would work better if Free America had access to the Pacific through San Diego. Where should Iowa be? Free America or part of the Northern Alliance? I’d gerrymander the lines, but it’s not my map. Virginia, the Old Dominion, doesn’t see itself as part of Dixie anymore either… no offense intended.

German Diaspora across the World

I don’t identify as a Swiss-American, though I could, I guess, based on ethnicity. There are a lot of ethnic Germans in Switzerland and it didn’t get much traction on the map above.

Russia is bigger than Pluto 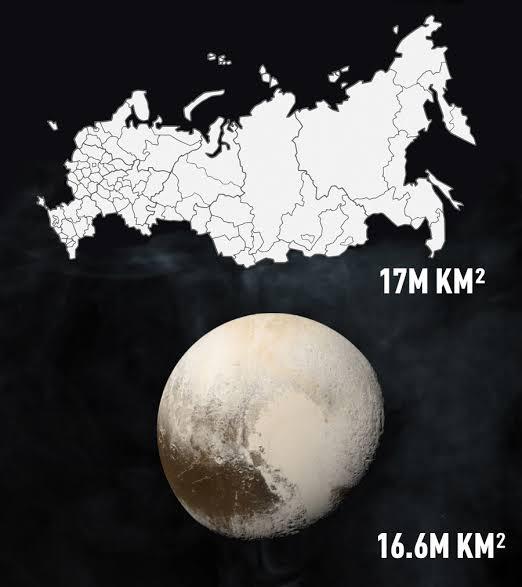 Russia considers itself its own planet. Why can’t Pluto get the same sort of respect from science?

How many U.S. counties have a population greater than the state of Wyoming? 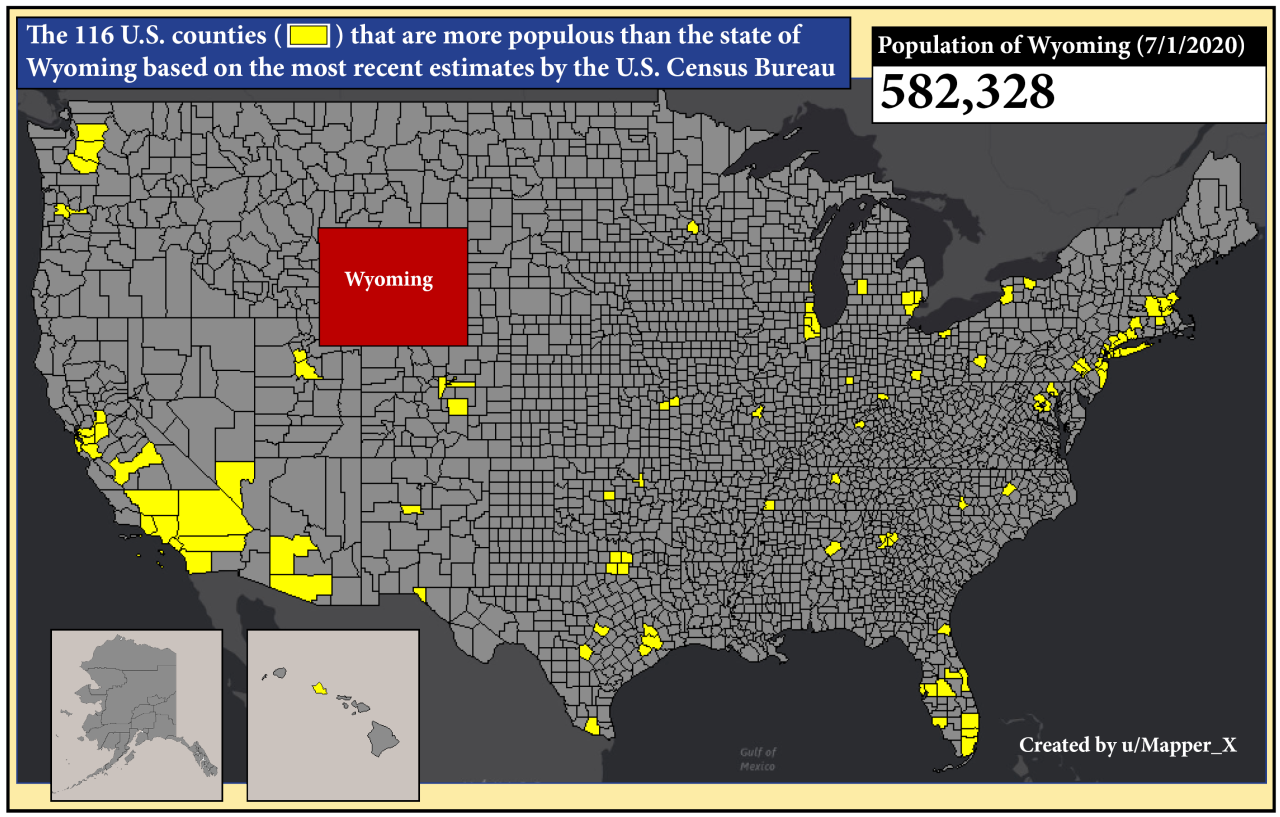 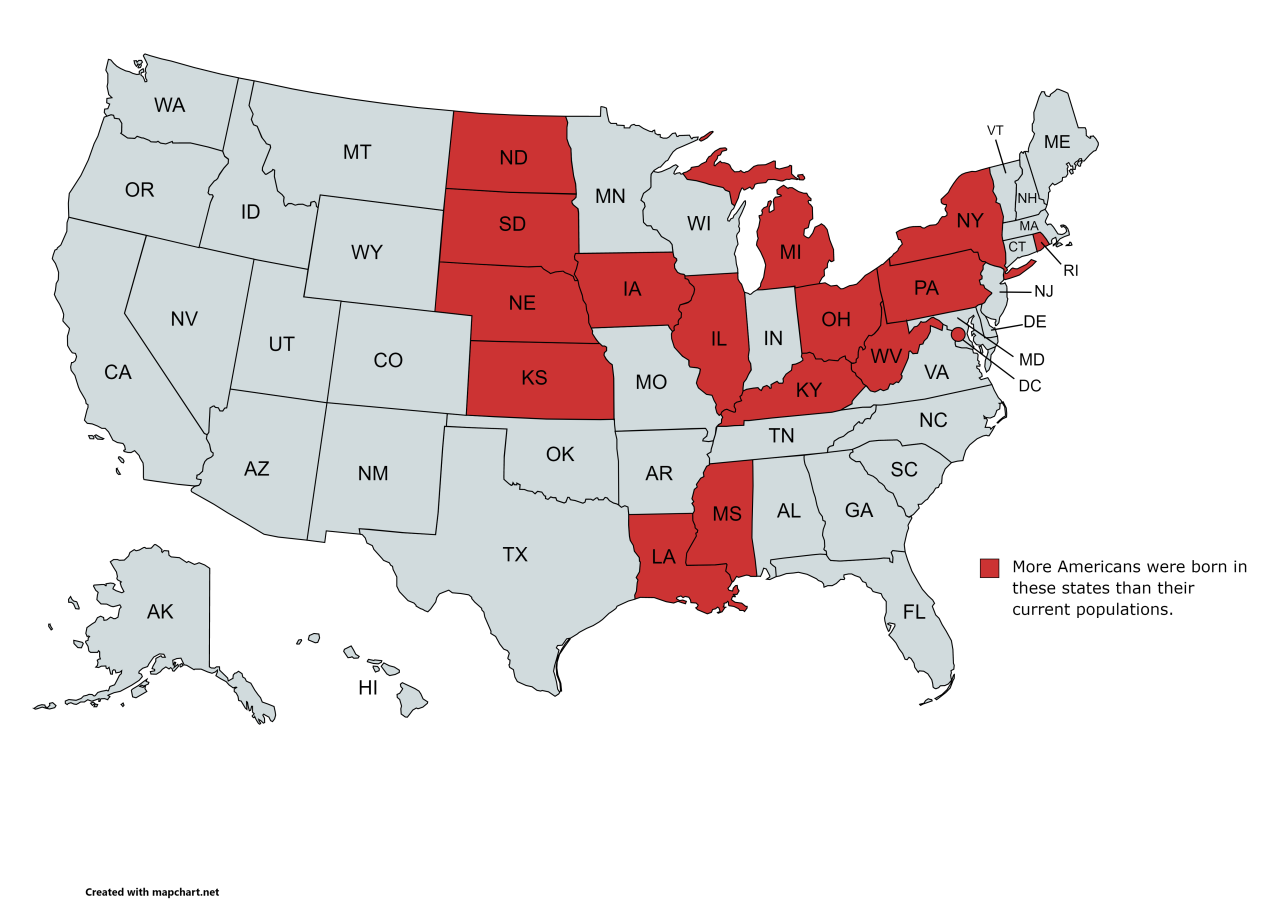 Who Controls What in Afghanistan? 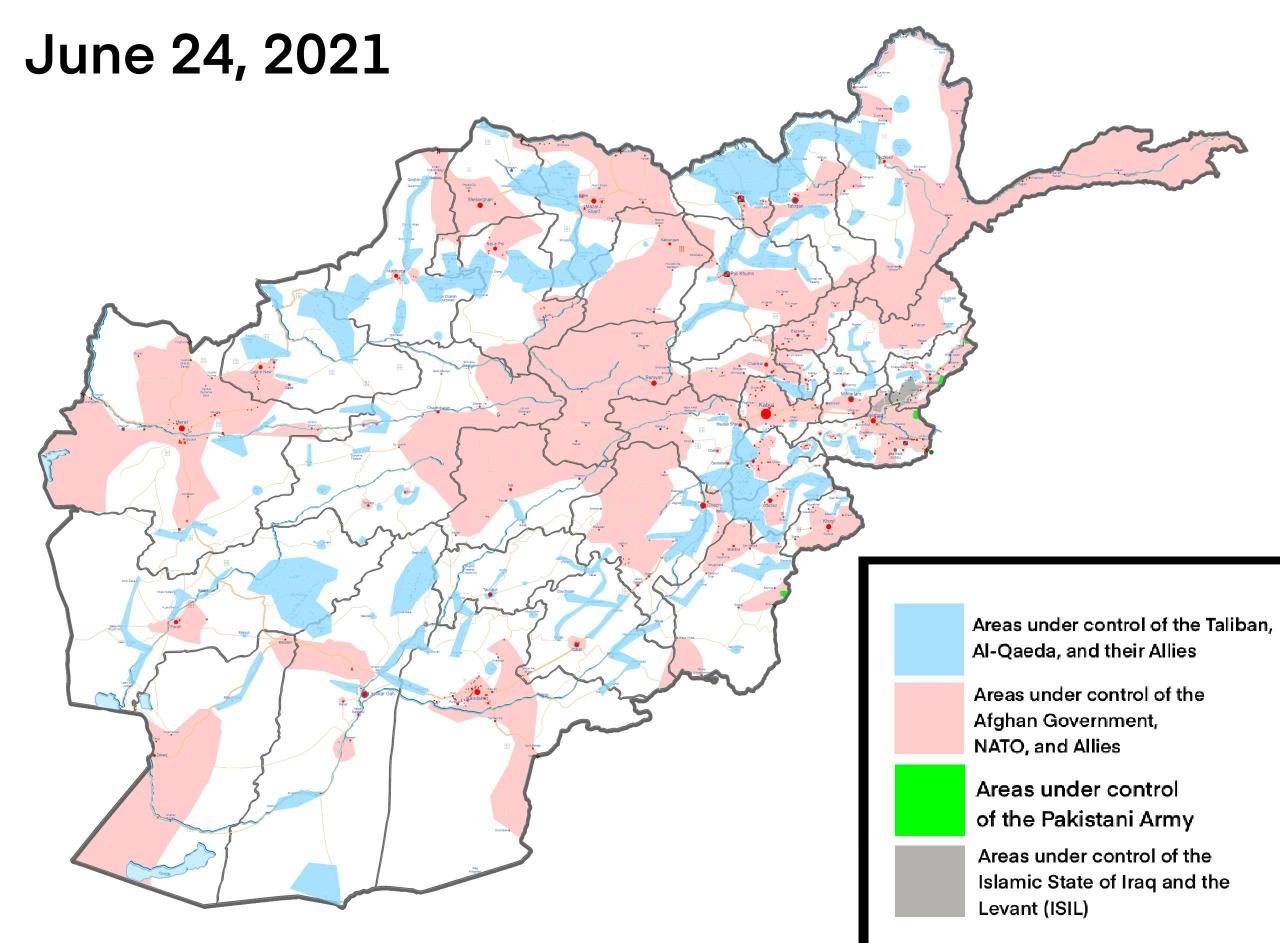 I listen to New World Order talking heads (usually former US Generals) expounding on Afghanistan. I don’t wretch and barf, but I usually want to. Big Army screwed the pooch there for twenty years – and hundreds of billions of dollars wasted. Now, they offer their enlightenment to Fox News viewers.

I guess. I’ve written a lot about Afghanistan in my life, most of it post-Soviet invasion, the rise of the Taliban, sponsorship by Pakistani ISI, etc. Once the US decided to go there, I didn’t see it but we couldn’t very well wipe out the Wahhabists in Saudi Arabia (our allies) post 9/11 could we? Special Ops forces and the CIA war worked out well enough with overhead artillery from B-52’s on-call. Then the Army put its nose under the tent and what was being managed went to hell. Not unexpectedly. 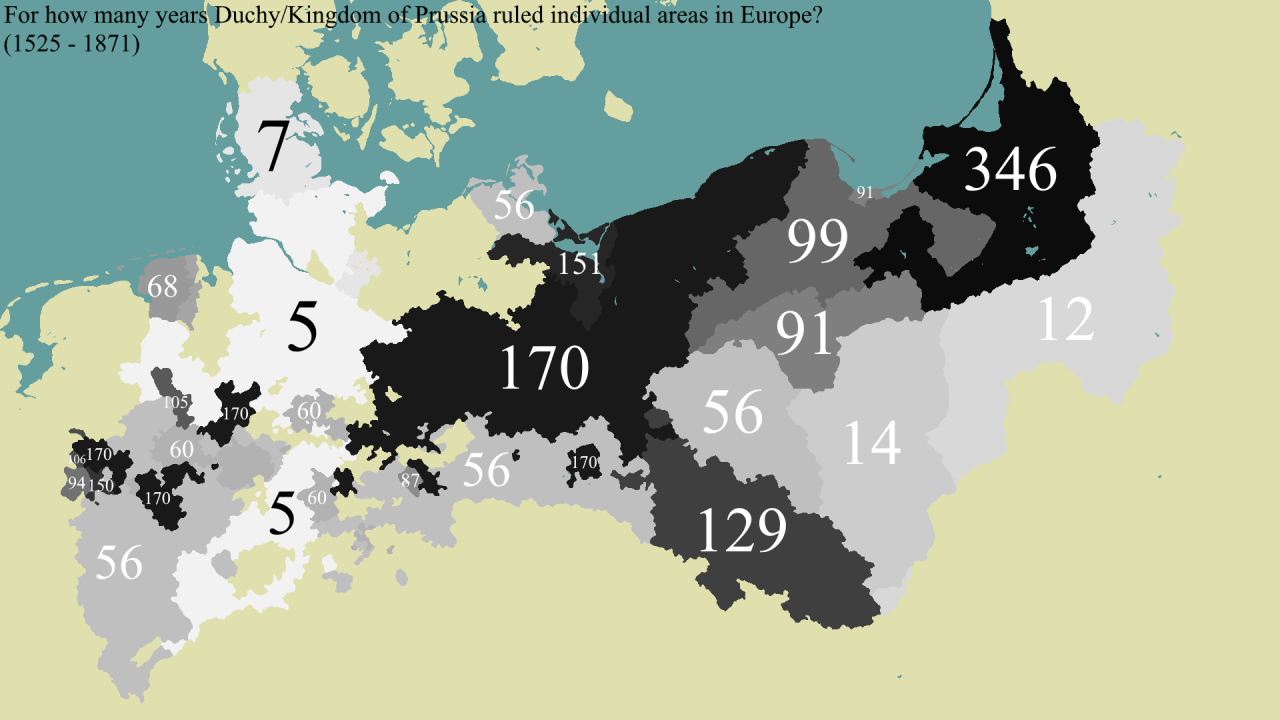 For how many years Duchy/Kingdom of Prussia ruled individual areas in Europe, 1525 – 1871. 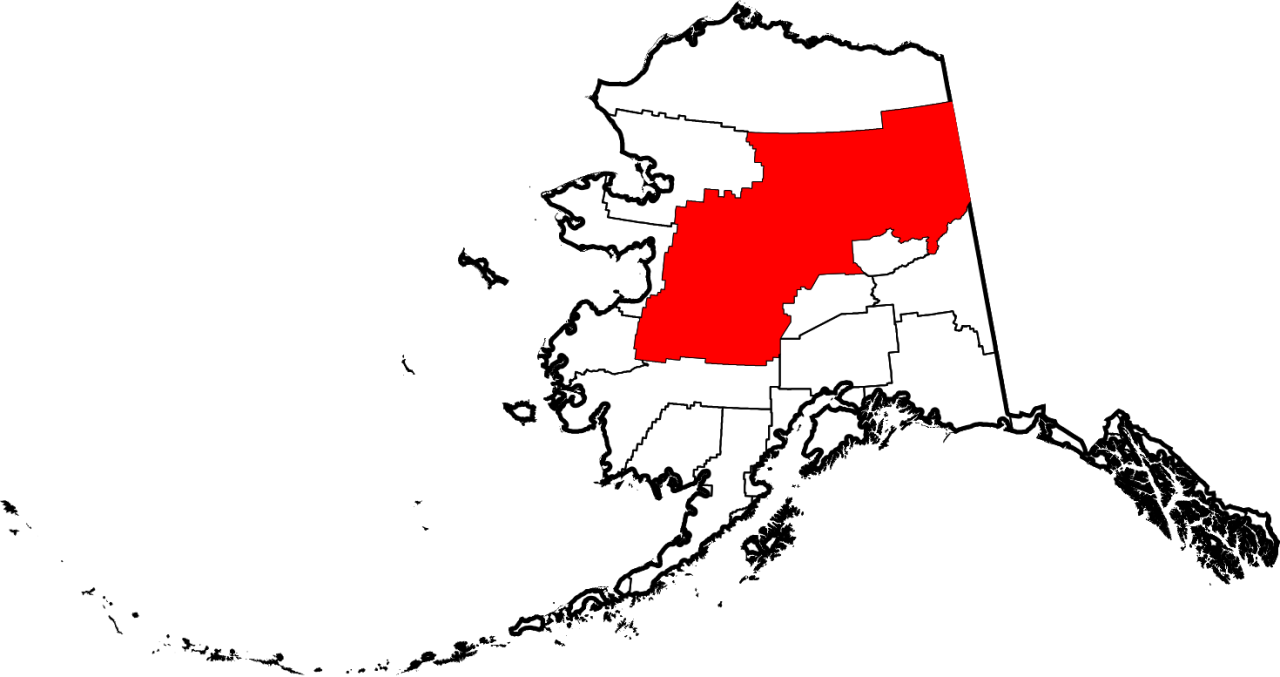 Yukon–Koyukuk Census Area, Alaska, is the least dense county-equivalent in the United States. It has 5,230 people (71% Alaska Natives) living in an area larger than Germany (83.8 million people) or Japan (126.5 million people). 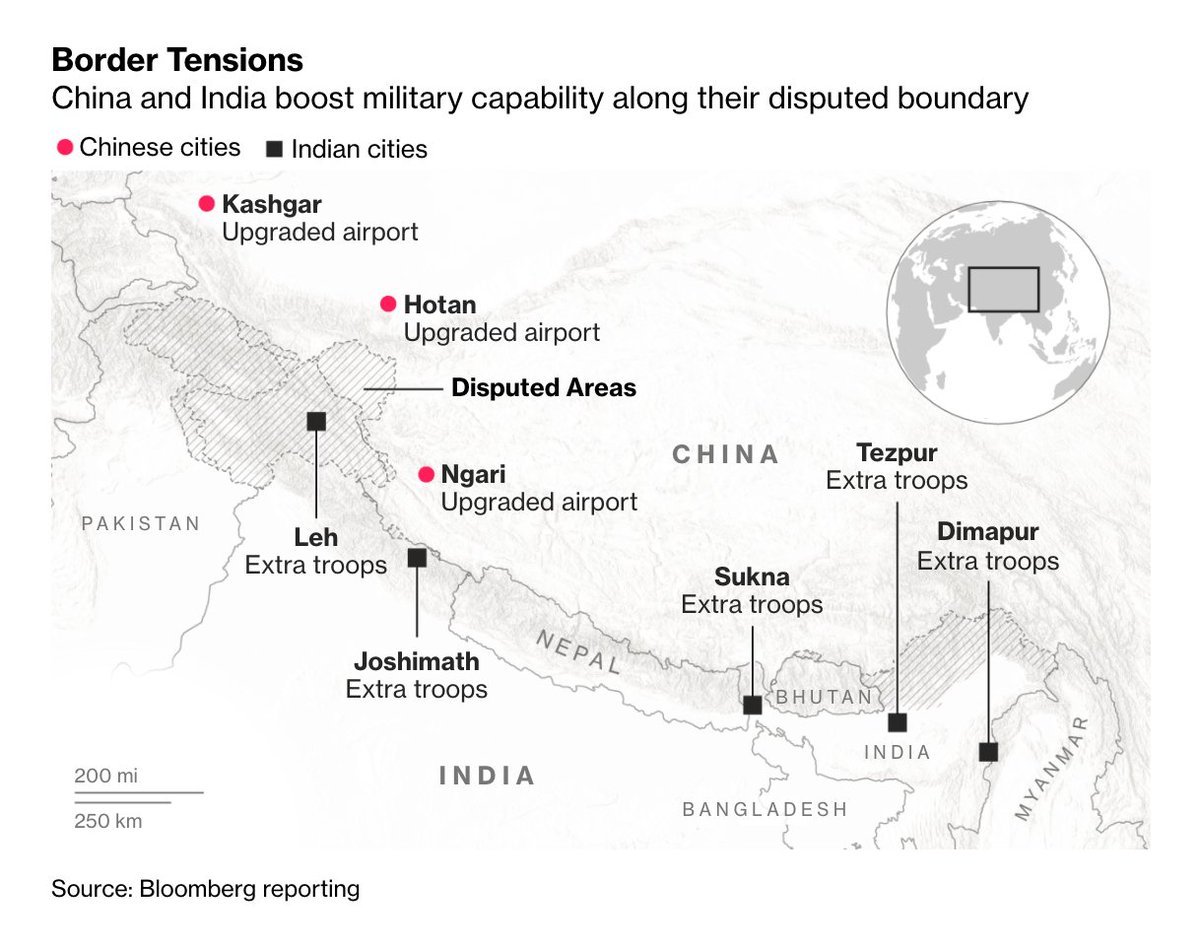 What do you think about this Purple Assassin (who follows this blog)?