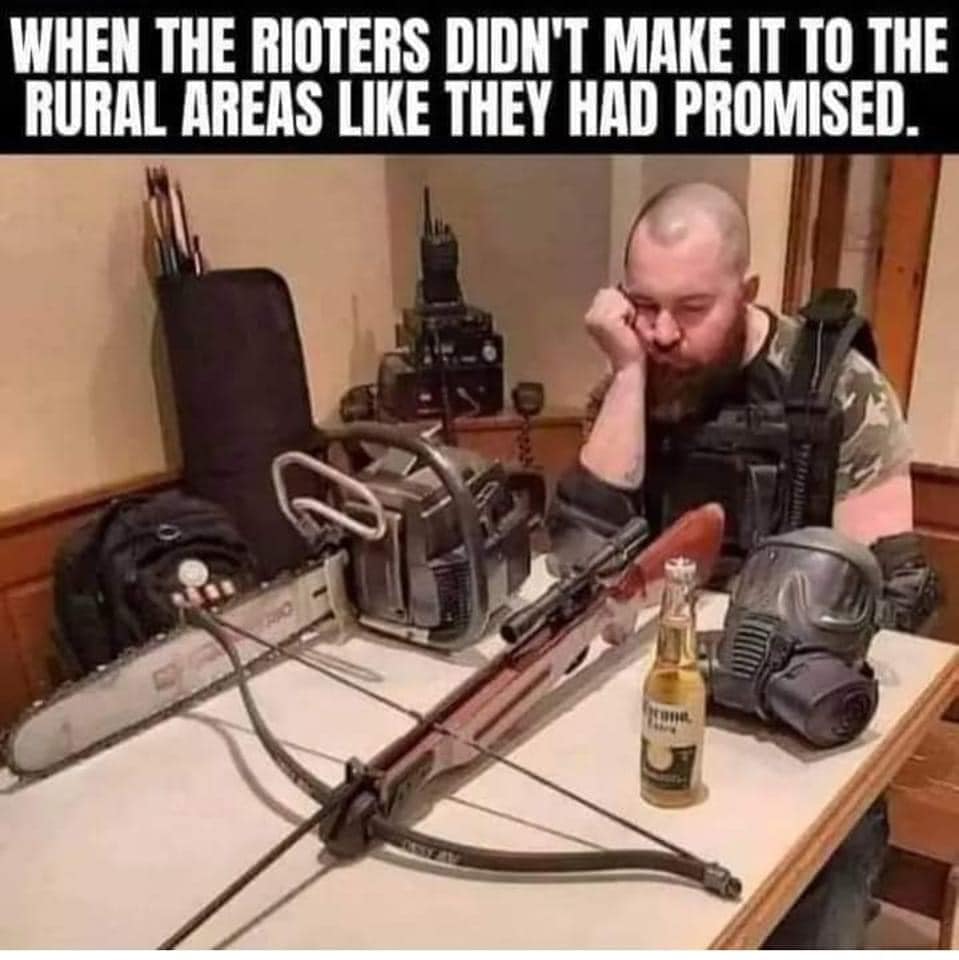 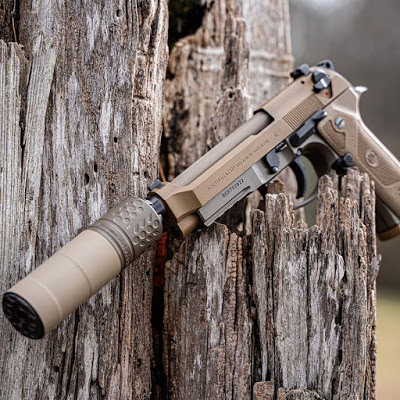 Yes, I know that these sights don’t see over the can… 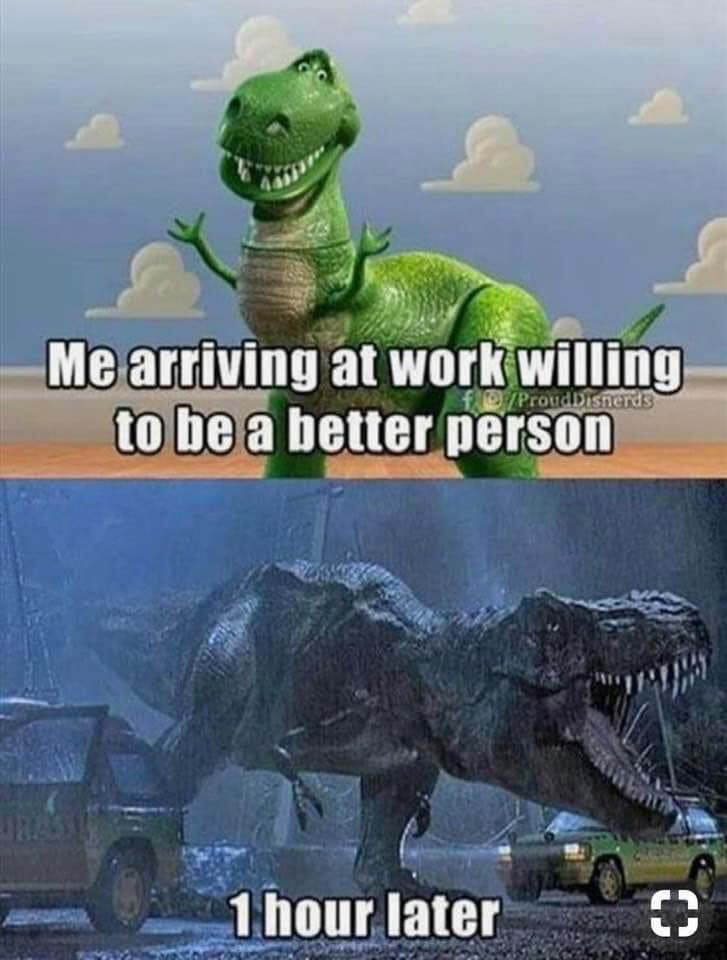 * Brandon’s visit to the Middle East was a complete failure and shows that Washington no longer possesses the power that it claims over the region — neither diplomatically, nor militarily. The Brandon Regime failed to achieve any of its primary objectives in the region with his visit and instead of sending a strong message to its rivals in Tehran, affirmed that there is no military solution available against the Islamic Republic. The weak, disoriented, quintuple-vaxed,  demented, creepy, Brandon just spread plague and then left.

When the Brandon Regime announced that the President would make his first trip to the Middle East, by visiting both Tel Aviv and Riyadh, talk began to emerge of many major developments that may follow. Saudi Arabia and Israel were expected to grow significantly closer towards a normalization deal, with some progress seemingly made on that front, the only thing that seemed to change was Riyadh opening its skies to Israeli aircraft, and other than this, there isn’t anything to show for Slow Joe’s visit…except as a super spreader.

* Russia will withdraw from the International Space Station (ISS) project ‘after 2024’ to build its own equivalent, the newly appointed chief of state space agency Roscosmos said Tuesday.

* China and Russia are taking their shot at the U.S. dollar. And as often happens with consequential news in the United States and the West, no one seems to notice or even care. (zerohedge)

* It’s difficult to know the truth from fiction these days. Vetting stories from even reliable news outlets is required. Even a job as simple as watching sheep, or so the Aesop fable tells, cannot be done with success by the boy who cried wolf. Let it not be forgotten that the end of that fable was not only that the boy was dead at the jaws of the wolf, but that the flock was ravished.

* The State of the Union: Overall, nearly three-quarters of Americans hope that Brandon does not seek a second term in office. It is not difficult to figure out why. The republic is not in good shape. Unforced foreign policy blunders, such as the botched Afghanistan withdrawal, and continually embarrassing America on the world stage, in a demented haze has little appeal except to the chronically woke. Our homeland territorial integrity has never been more undermined, as a wide-open southern border permits an unprecedented flow of smugglers, traffickers, and other miscreants. The economy is weak, inflation is high and the only apparent certainty downrange is uncertainty.

* Lake Mead will soon reach what they call “dead pool” status, unable to release water to the Colorado River system and unable to generate power at the Hoover Dam. It seems like nobody has genuinely cared about the lake for a long time. They just keep draining it. Nevada will start draining the aquifer in Western Utah. What will they do when that’s used up and the place is a dustbowl?

It’s possible to use nuclear power to desalinate seawater and pup it inland, but nobody talks about that and even if there was a green light, construction of the plants and the pipelines would take many years. 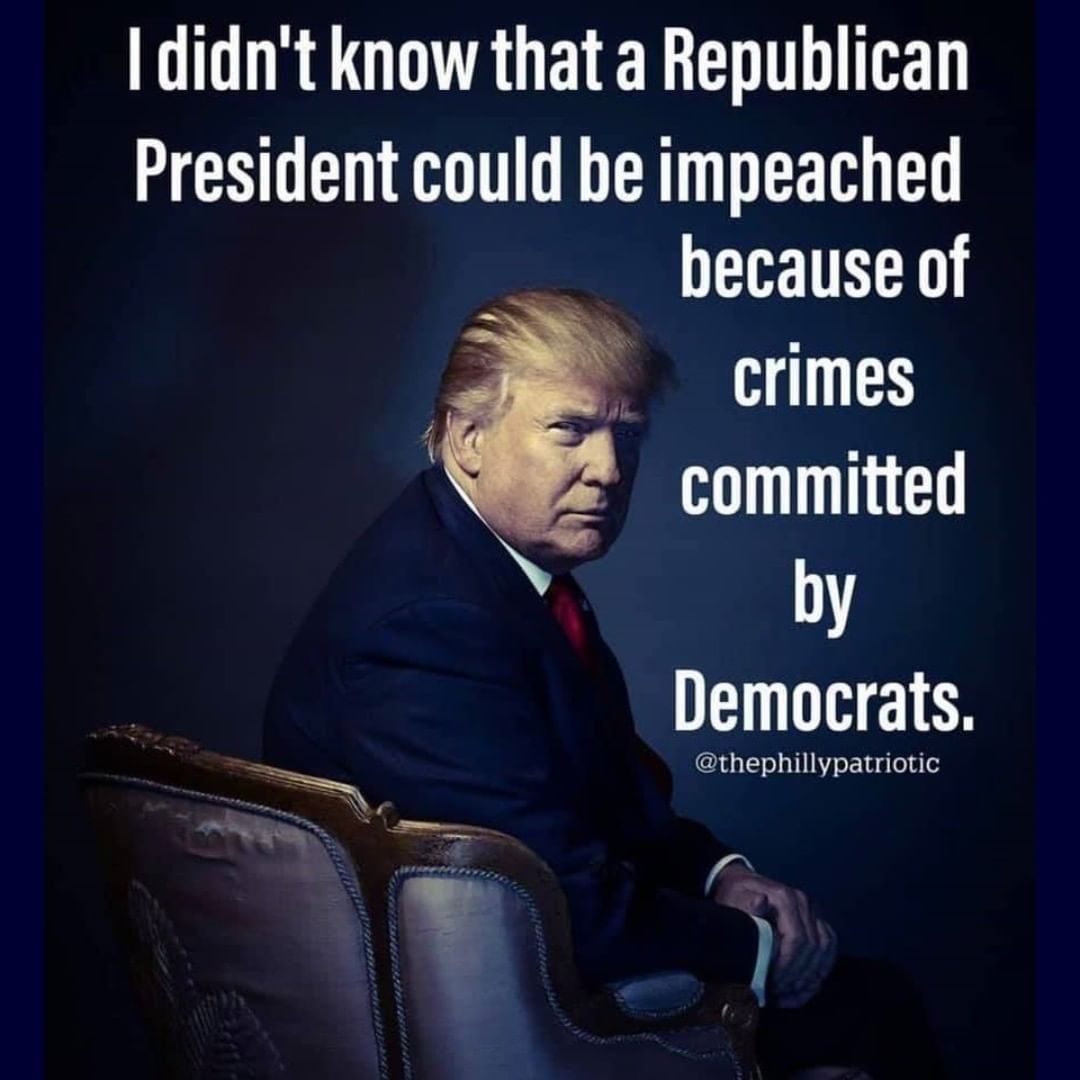 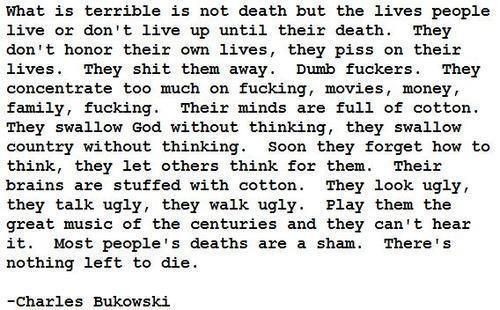 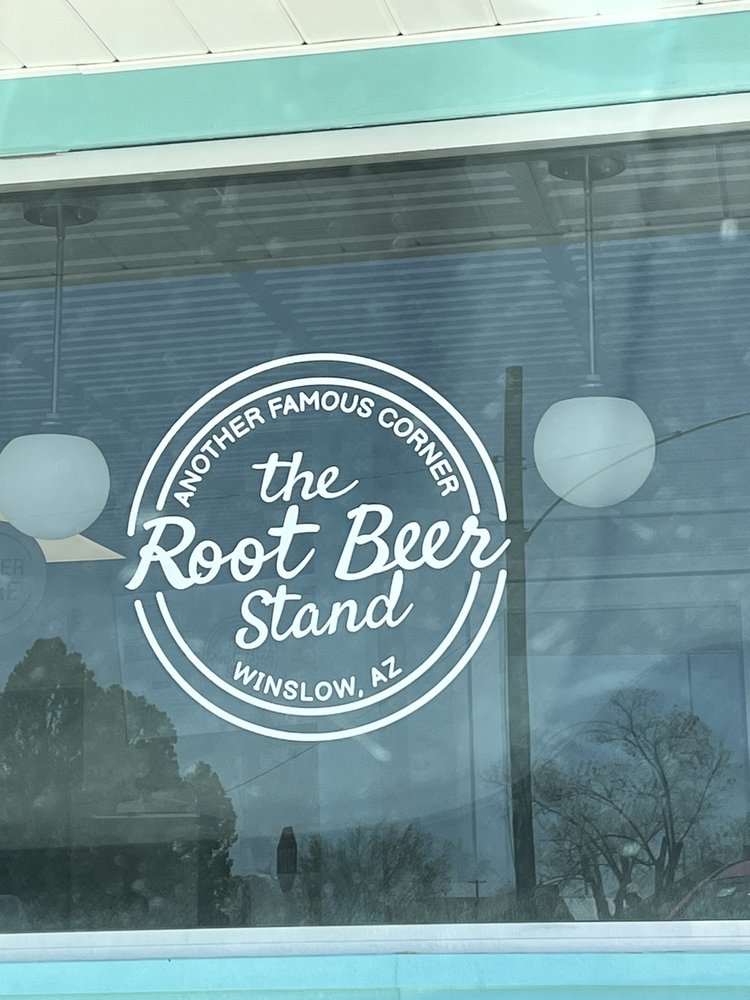 I wish that they had frosty mugs, but they don’t. At the same time, the root beer and root beer floats are first-rate. There is not much in Winslow besides the mention in the Eagle’s Song, Take it Easy (1972) written by Jackson Browne and Glenn Frey. It’s an old railroad town and to its credit, it is trying to reinvent itself. The biggest problem is that it’s a very poor town.

The Root Beer Stand is located in a residential neighborhood (recently refurbished) and has been around since the 1960s. I like root beer. I’ve always liked root beer. They also serve a soft shell taco called a ‘taco tangle’ and are known for their chili fries. Americana in its classic form.

So If you’re driving down I-40 and are in the mood for root beer, jump off the freeway and nav your way to the Root Beer Stand. 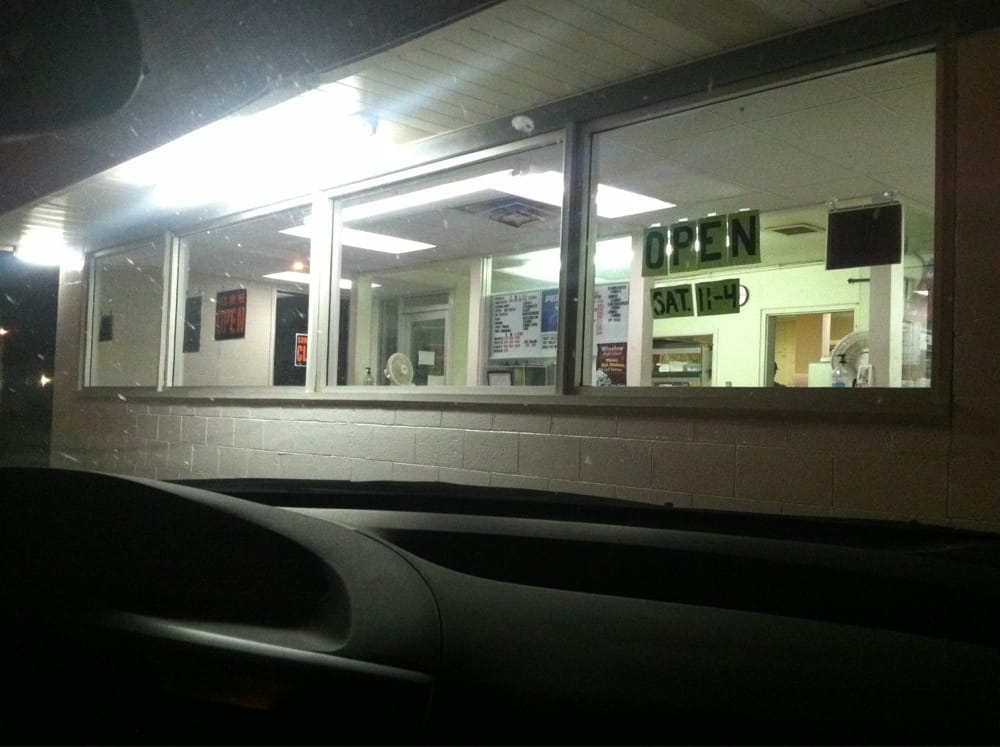 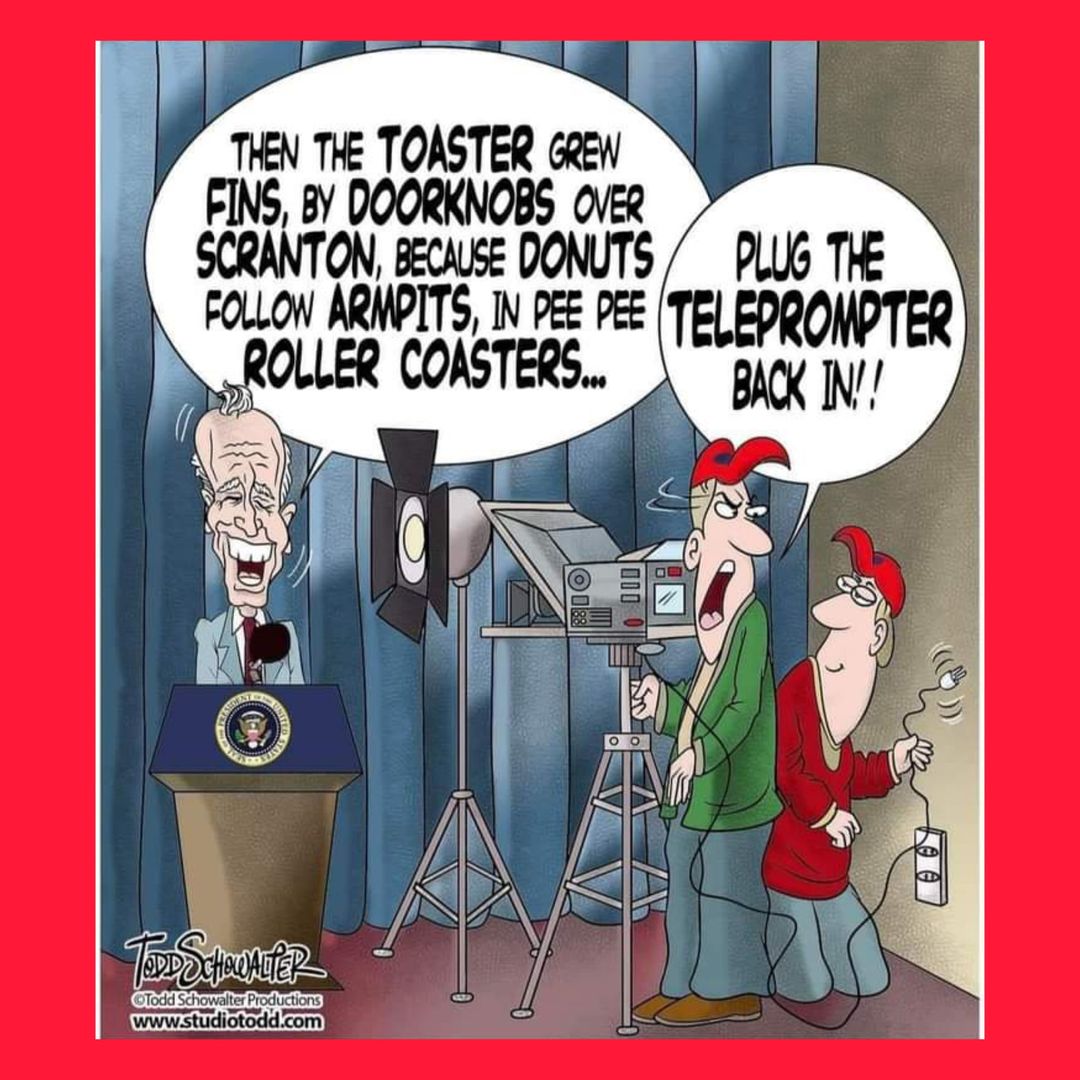