Why are the Russians Leaving Syria? 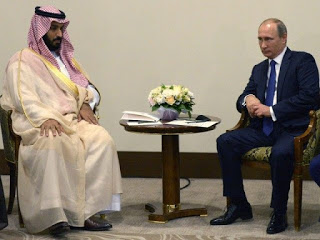 The Russian forces in Syria are beginning their withdrawal as of tomorrow. The question I am asking is why. Russian President Vladimir Putin made this announcement (among others). I edited the full statement for the sake of brevity on this blog:

“In a short period of time, Russia created in Syria a numerically small but quite effective military task force, made up of various forces and assets. These included space reconnaissance, unmanned aerial vehicles, combat assault systems – both fighter aircraft and ground assault aircraft. There were also naval forces, which fired the most up-to-date weapons from the waters of two seas – the Mediterranean and the Caspian, both from surface ships and from submarines. A powerful air defense system was set up, including the most up-to-date S-400 systems.”

“I believe that the objectives set before the Defense Ministry and the Armed Forces have on the whole been achieved. I therefore order the Defense Minister to begin the withdrawal of the main part of our task force from the Syrian Arab Republic starting from tomorrow.”

“Tartus and the air (base) at the Humaymim aerodrome, will operate as before. They should be reliably protected from the ground, from the sea and from the air. This part of our military task force was traditionally stationed in Syria, for many years before, and these days it will have to perform the very important function of monitoring the ceasefire and creating conditions for the peace process.”

“I hope that today’s decision will be a good signal for all the parties to the conflict. I hope that it will substantially increase the level of trust among all the participants in the conciliation process in Syria, and will assist in resolving the Syrian issue by peaceful means.”

Mr. Putin declared victory and is pulling out for all intents and purposes, but Putin’s comments about creating conditions for peace talks are not completely accurate. The Russians have created conditions for talks to begin, but achievement of a settlement agreement would require more sustained military pressure because the negotiating parties are far apart. Without the threat of Russian air attacks, the motivation for compromise is weakened.
A Russian withdrawal over the next few months will leave the Syrian Kurds essentially unprotected from Turkish air attacks.
I suspect that Saudi Arabia and its allies bought the Russians off. It had to have been a very significant number, but it’s the only thing that makes sense.