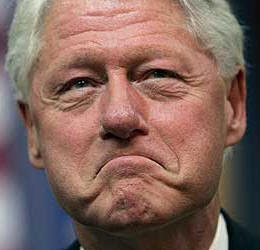 William Jefferson Clinton is the only Democratic president in the last forty years who has not received the Nobel Peace Prize. Even his vice president, Al Gore received the Nobel Peace Prize (for co-producing a movie on global warming, right before global cooling became a big concern). Bill is like the kid that didn’t get picked for baseball and ended up watching through the fence.

How did he become the Democratic Party’s biggest loser (in the opinion of the Nobel Committee)?
Did he fail the world in pursuit of peace or did he simply not lay down a large enough bribe? 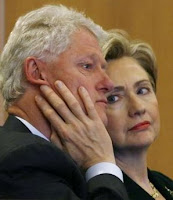 When you consider that Jimmy Carter, arguably the worst president in US History received the award and Barack Hussein Obama, who is poised to take the dunce cap from President Carter received the award, could it be that President Clinton was simply not lame enough as a US president? Or that his shrewish wife, the current US Secretary of State somehow offended Swedish sensibilities to the extent that he could no longer be considered for the honor of becoming a Nobel Laureate?