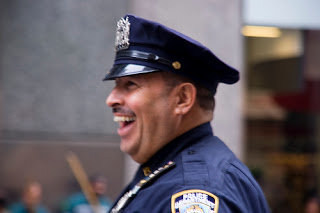 I find it amusing — yes amusing, that the liberal, progressive left, that runs the country and has engaged in a war on the police now finds that murders are up in urban liberal hells (deep blue areas of the nation).

(Wall Street Journal) The nation’s two-decades-long crime decline may be over. Gun violence in particular is spiraling upward in cities across America. In Baltimore, the most pressing question every morning is how many people were shot the previous night. Gun violence is up more than 60% compared with this time last year, according to Baltimore police, with 32 shootings over Memorial Day weekend. May has been the most violent month the city has seen in 15 years.

In Milwaukee, homicides were up 180% by May 17 over the same period the previous year. Through April, shootings in St. Louis were up 39%, robberies 43%, and homicides 25%. “Crime is the worst I’ve ever seen it,” said St. Louis Alderman Joe Vacarro at a May 7 City Hall hearing.
Murders in Atlanta were up 32% as of mid-May. Shootings in Chicago had increased 24% and homicides 17%. Shootings and other violent felonies in Los Angeles had spiked by 25%; in New York, murder was up nearly 13%, and gun violence 7%.

Almost all of the murders of black people are committed at the hands of other black people. Why aren’t Al Sharpton and his master, Barack Obama, speaking about that? Why aren’t they working to solve the causative issues? (hint, it’s not the police)
There is a depressing tendency for Americans (among others) to forget that there is a very thin blue line that stands between them and the mob. In free America, where people are encouraged to defend themselves and are enabled by the law to do so, the crime rates are low. In areas where the police are supported by the communities that they serve, that partnership results in lower crime rates. When public leaders encourage the lawless to murder that thin blue line, the line retreats and leaves the city to its own devices. 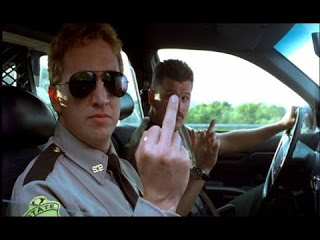 No the police are not perfect. They are like (or may be) members of your family, your neighbors, your friends or maybe not. But one thing is for sure. So long as police departments recruit from the human race, the officers who work there will be fallible.
The nation’s urban hell holes declare war on the police and miraculously, within a very short period of time, the animals in the zoo are empowered and start murdering. It’s not a gun problem. It’s a crime problem. The areas of the US that encourage private ownership and allow open carry don’t have a crime problem. The portions of the nation that support their police don’t have a crime problem.